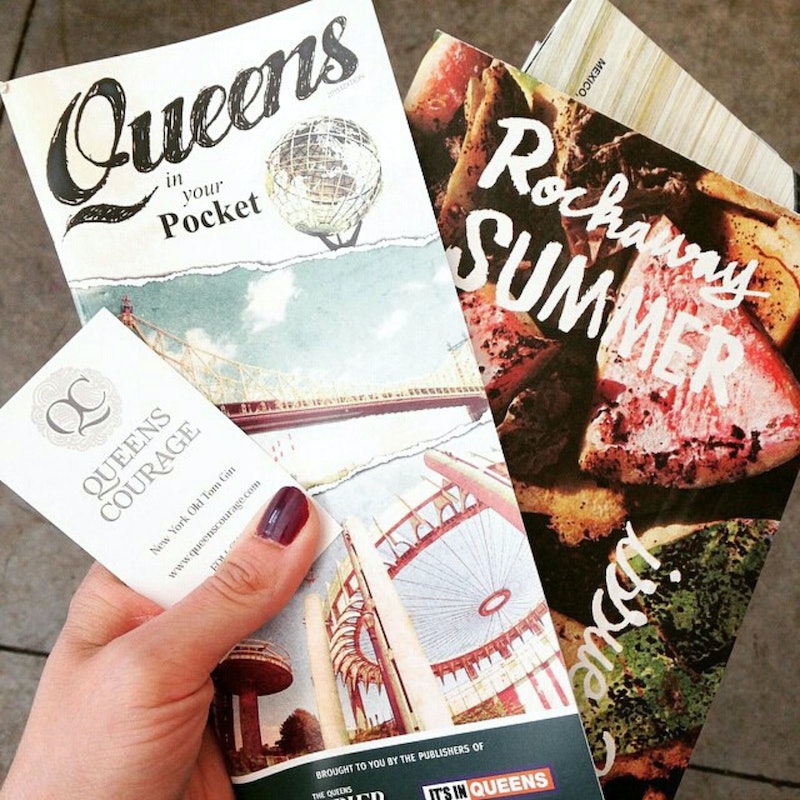 A craving for major life changes is totally in the air this time of year. If you’re newly single, tired of ridiculous rents or just bored and wanting to push yourself, moving is certainly one way to shake it up in 2016. Here, we’ve put together a list of cities having a moment or about to break through. Even if you aren’t keen on a permanent move, these 5 hot spots are well worth a weekend jaunt (you just might get inspired).

Asheville is well on its way to becoming the next Austin or Portland, so we suggest you get in now. The charming Blue Ridge Mountain town boasts a burgeoning art and music scene and is known for its myriad street performers—all of which are drawing a sudden influx of tourists and bohemian souls fleeing big-city life. Expect art, craft beer, holistic healers and breathtaking views.

Average rent for a 2-bedroom apartment: $810

This lakeside town, birthplace to Phish and Ben & Jerry’s, is a trailblazer in terms of sustainability: Most restaurants cook with local ingredients and residents buy their (local) groceries in co-ops. In this way, the city feels like a throwback to simpler times, but don't be fooled. It’s got quite the foodie culture, a rocking art scene, and modern shops and businesses located just miles from farmland, so you can milk a cow, attend a Pure Barre class and sail the lake all in one day.

Much has been reported on the difficulty millennials have finding work and affording today's cost of living; however, Pittsburgh has recently popped in terms of employment potential, affordability and social mobility. An influx of young people have expanded its already robust cultural scene. Many say Pittsburgh is the place to be for those looking for an affordable place from which to pursue their creative passions.

Not that long ago, those fleeing aspirational housing costs in Manhattan went to Brooklyn. Now that they're priced out of Brooklyn too, Queens is having its moment in the sun. Though gentrification has already started to pump up rents, there are still up-and-coming affordable pockets of the borough. Queens is right in the sweet spot: It's socially diverse, attracting new businesses without eradicating the old and offering relatively affordable housing options for those who want or need to live in NYC.

Quite the tech hub, this city is rich with job opportunities for its many local college graduates and young transplants. It's also, according to Gallup, one of the happiest and healthiest places in the US, which pretty much sells it for those of us weary of endless commutes and exorbitant rents inherent in big-city life. Inhabitants are an artsy and outdoorsy lot who see marijuana as no big deal (it’s legal, after all) and rarely leave their Boulder bubble—though Denver, another booming city, is just 30 miles away.