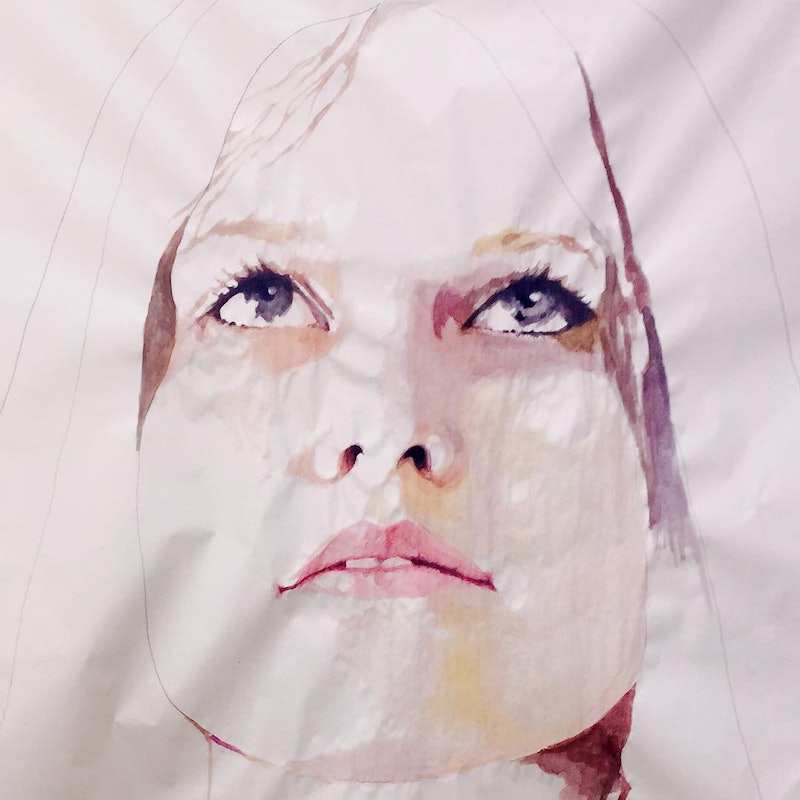 Common lore has it that LA is the place to be right now for those who consider themselves to be artists. The city has taken in high-rent refugees from NYC while also experiencing an influx of creatives from across the pond who’ve heard “it’s all happening” on the Cali coast. Even Hedi Slimane has decided to make LA his home, and moved the bulk of the Saint Laurent design studio out with him. As a result, the city is having a renaissance of sorts, with big name artists flocking in and starving artists not (yet) forced out by exorbitant rents. We’ve put together a list of 5 of those up-and-comers to get in on now before either they’re priced out of the city, or you’re priced out of their art.

If we were musicians, we’d have Theodora do our album cover—her aesthetic was made for vinyl and has been called "enchanting" by The LA Times. She’s just one year out of her MFA, but was commissioned by Hedi Slimane before she even graduated. This past spring marked her first—but certainly not last—solo show in LA, and we suspect there are big things on the horizon for this talented beauty.

Mattea’s paintings are striking—the kind of pieces that can anchor an entire room—while her photographs have more of a muted, nostalgic feel. Though only in her mid-twenties, Mattea has an impressive number of shows (and sales) already under her belt. Catch her newest, “Morocco,” at Mama Gallery in LA from November 14 - December 12.

Actress Rebecca Dayan may have gotten into watercolors by accident, but it’s clear the medium is more so a calling for her than something she simply stumbled upon. Her first show, which just wrapped in New York, garnered her a ton of glowing press. The aim of the show was to reclaim "the original meaning of the word ‘virgin,’ as ‘a young woman who does not belong to a man, who’s free and one in herself." Dare we add "neo-feminist" to her already overwhelmingly impressive multi-hyphenate?

Perhaps the most as-of-yet-undiscovered on this list (read: get in, now!), Alexandra does intricate pencil sketches that will blow your mind. Her work was recently included in a London show called THE FUTURE CAN WAIT, which is renowned for breaking emerging talents.