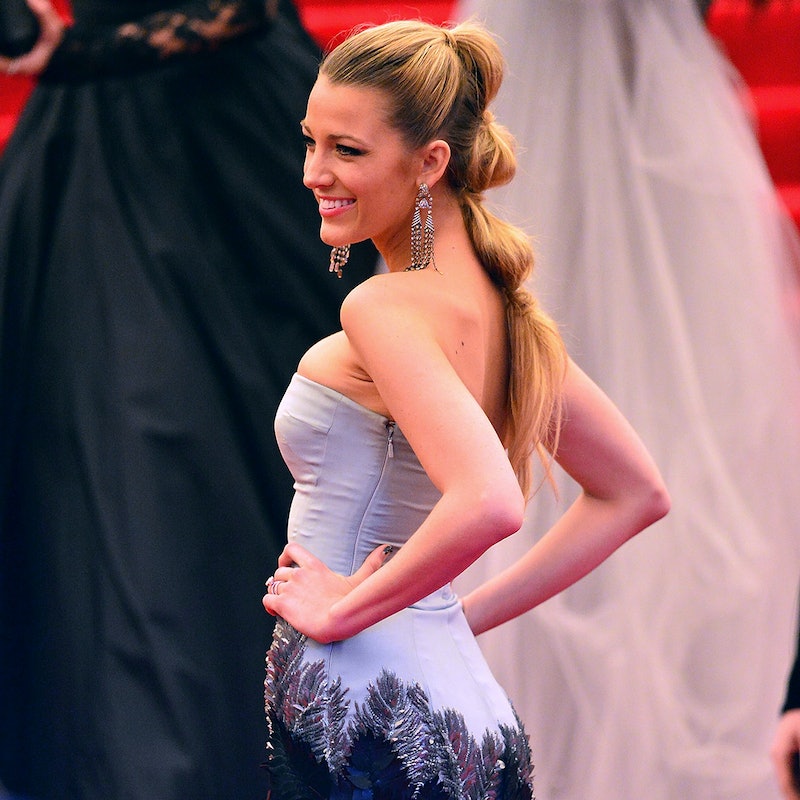 Blake Lively always makes a statement. While she’s perennially dressed to the nines, her hair looks are also unforgettable. For her most recent appearance, she rocked a bold brunette pixie cut on set of The Rhythm Section. See it here, plus more times Blake provided us with the ultimate inspiration.

She stepped out in her new dramatic 'do while on set.

Blake poses in a new lob with makeup artist Patrick Ta ahead of the premiere for her new film All I See Is You. Paired with a red lip, the style paid homage to Old Hollywood glamour.

At the 2017 Golden Globes, Blake's updo looked sleek and polished from the front, but we were also loving the details in the back. Her long blonde locks were twisted and pinned together to create a non-traditional bun.

One of our favorite looks on Blake is cascading waves. This time, rather than just letting all of her hair down, she swept it over to one side.

At the 2014 CFDA Awards, Blake opted for an easygoing hair accessory and pulled it off with aplomb. This is also a great way to keep flyaways at bay.

Channeling Old Hollywood glamour, Blake topped off her the low-lying bun with a perfect red lip for the Festival du Cannes.

The actress has experimented with various renditions, but the classic single plait is a simple way to make a statement.

Blake upgraded an everyday ponytail by trying out the bubble trend.

She was way ahead of the game with this style, which is still trending. Note her silver hair accessory at the start of her woven pony.