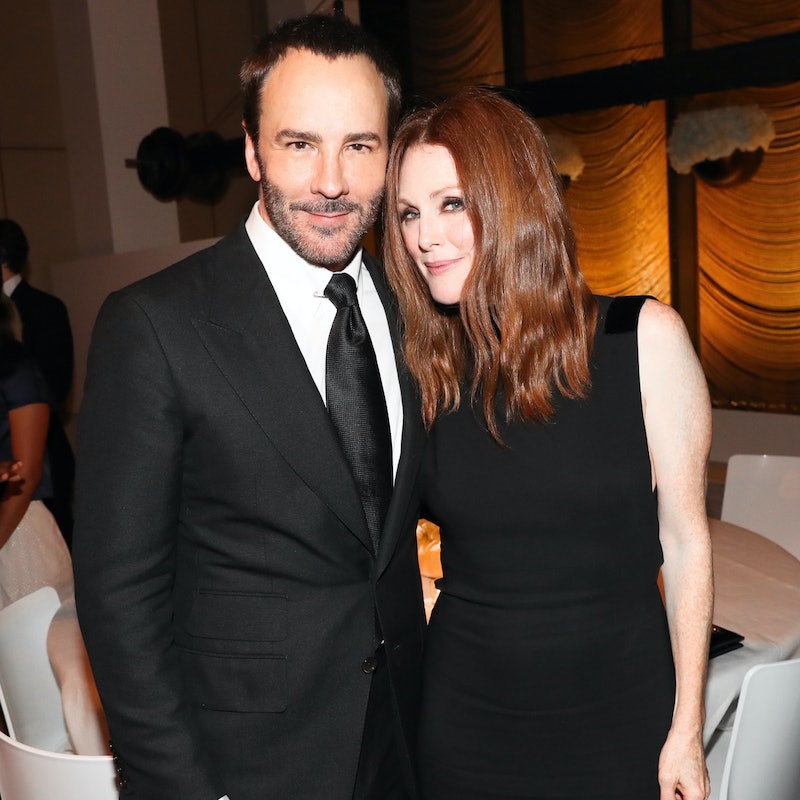 Today marks a very special day in fashion … and, no, we’re not talking about the MTV Video Music Awards. We’re talking about the birthday of the man who basically patented sexy glamour: Tom Ford. The multitalented designer (who also has screenwriter, director and film producer on his expansive résumé), seems to capture our hearts over and over again with his flawless, stunning designs. In honor of his big day and all he’s done for the fashion industry, we’ve compiled a list of our fave looks from the celebrated sartorial wizard.

Theron's iconic gown was from Ford's days designing for Gucci.