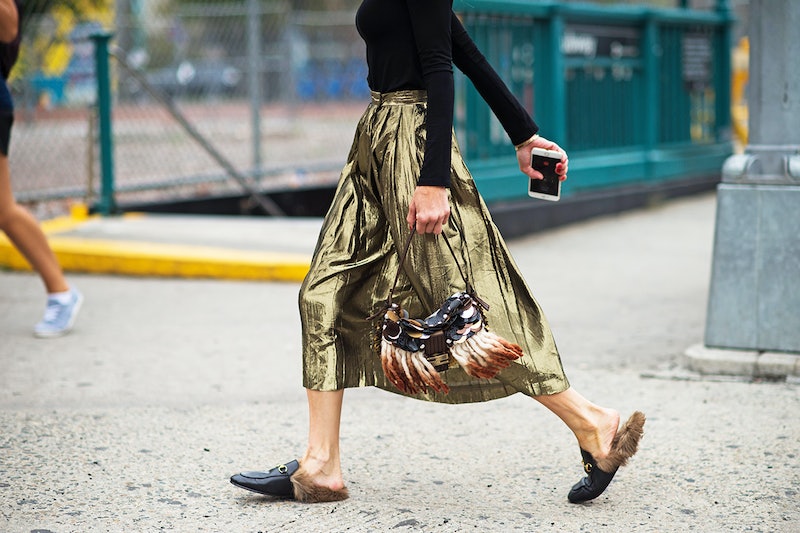 If your wardrobe harbors anything Gucci, you might want to take that piece out for a spin this season. As it turns out, the luxury house was officially named the hottest fashion brand in the market right now, rising three places in ranking in a single quarter. A data survey analyzed by Business of Fashion and Lyst tracked more than 65 million annual consumers, 4 million products and 12,000 brands—if those numbers aren’t already telling of the scope—and found that Gucci not only moved up to the number one spot but also topped the list of best-selling products with its cult favorite GG Bloom slides. (The brand further proved its dominance with a total of four Gucci items, including its iconic GG logo belt, making the latter top ten list.)

Also ranking in the top three were Adidas and Kanye West’s brainchild Yeezy, which firmly held onto its second spot from last quarter, as well as Demna Gvasalia’s Balenciaga, overtaking former leader Vetements from ninth place. If a demographic is to thank for Gucci’s growing profit, it’s millennials and Gen-Z consumers who now represent about half of its customer base, with credit to Alessandro Michele’s logomania aesthetic and meme-led campaigns (perhaps even his focus on current hits in pop culture, like this ’50s sci-fi experiment). So break out those branded goods—it’s all gucci.