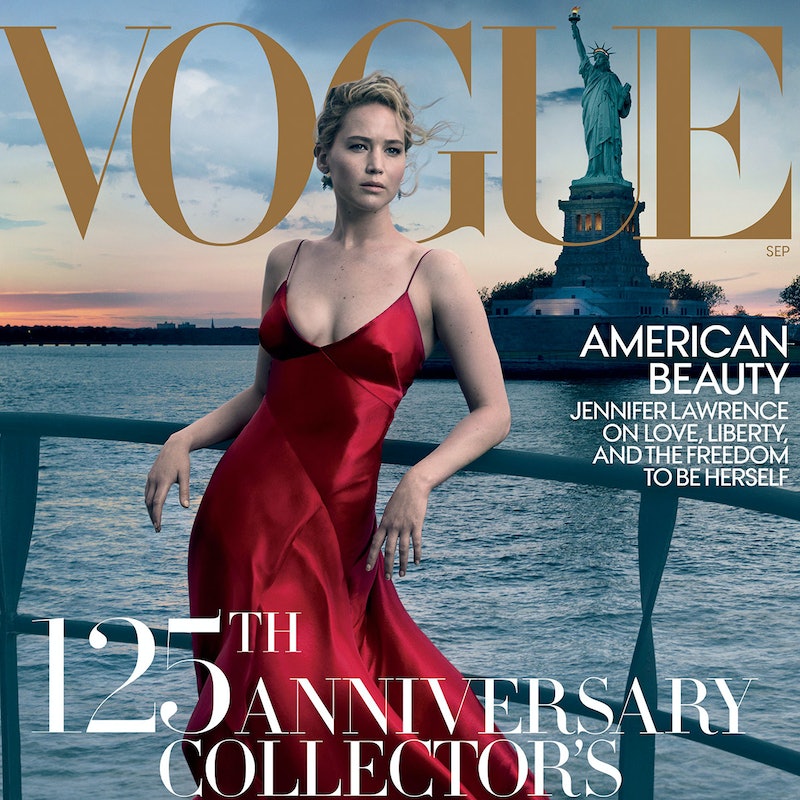 One of the most important issues of the year, Vogue‘s September edition is always major. Think of it as a fashion bible on all the must-know trends for fall. Because of its reputation, this issue comes with an equally head-turning cover, typically featuring an A-list starlet donning unbelievable designer duds in an over-the-top editorial that only the storied magazine can pull off. While it reads effortlessly glamorous to the reader, a cover shoot of this caliber takes a lot of work. To give you a glimpse of the blood, sweat and tears involved, Vogue shared a cheeky seven-minute behind-the-scenes video of the multiple-day shoots for four different covers for its 125th anniversary (with various iterations from legendary photographers Annie Leibovitz, Bruce Weber, Inez & Vinoodh and artist John Currin, all starring actress Jennifer Lawrence). Editor in chief Anna Wintour and fashion director Tonne Goodman make appearances as expected, but what you don’t know is that the people on the ground for the cover shoot include a location assistant, a farm stylist, a horse trainer and a selfie makeup artist (we were confused, too). Watch the hilarious video below as they prove the magazine takes fashion very seriously, indeed.