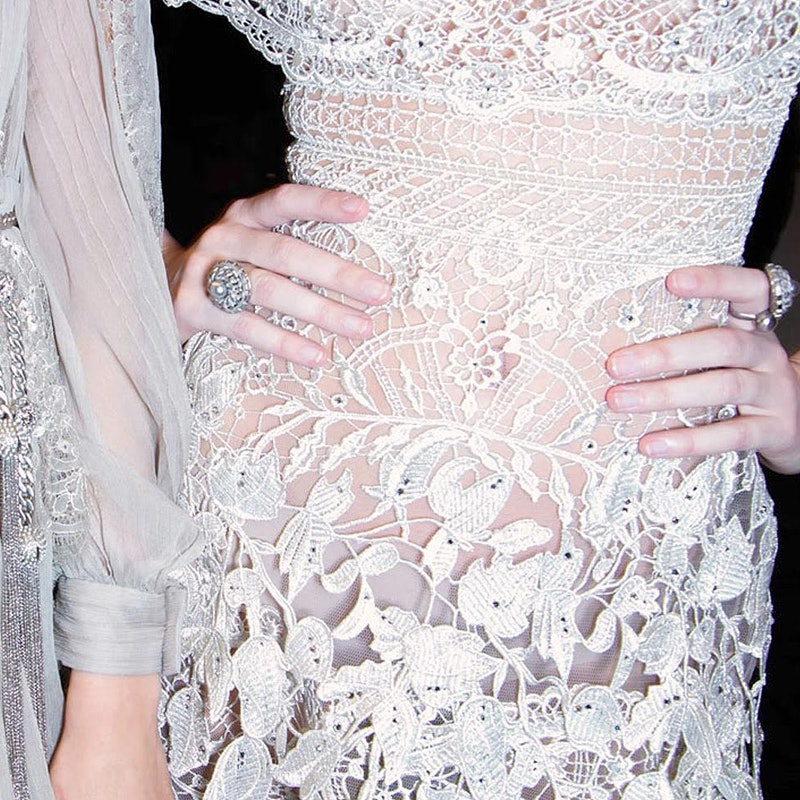 Not to toot our own horn, but we’d like to say we called this—sort of. According to Pinterest, a French lace and silk chiffon gown deemed “The Hollie” by Australian bridal designer, Grace Loves Lace is the most popular wedding dress style. Featured on 2.5 million boards, the ethereal frock is romantic, modern and achingly fresh—hence last year’s feature on the up-and-coming bridal designer. While the exact gown (shown below) is sadly sold out, a 2.0 version has been created. Featuring a similar French lace bodice, hand-cut lace motifs and flowing silk chiffon, the Hollie 2.0 comes with distinct design additions, namely, free-flowing silk chiffon sheaths attached at the shoulders, which can be threaded through a center back loop and beautifully draped.

If you’re a bride-to-be whose yet to say yes to the dress, we’d agree that this Grace Loves Lace confection would be a sound choice.