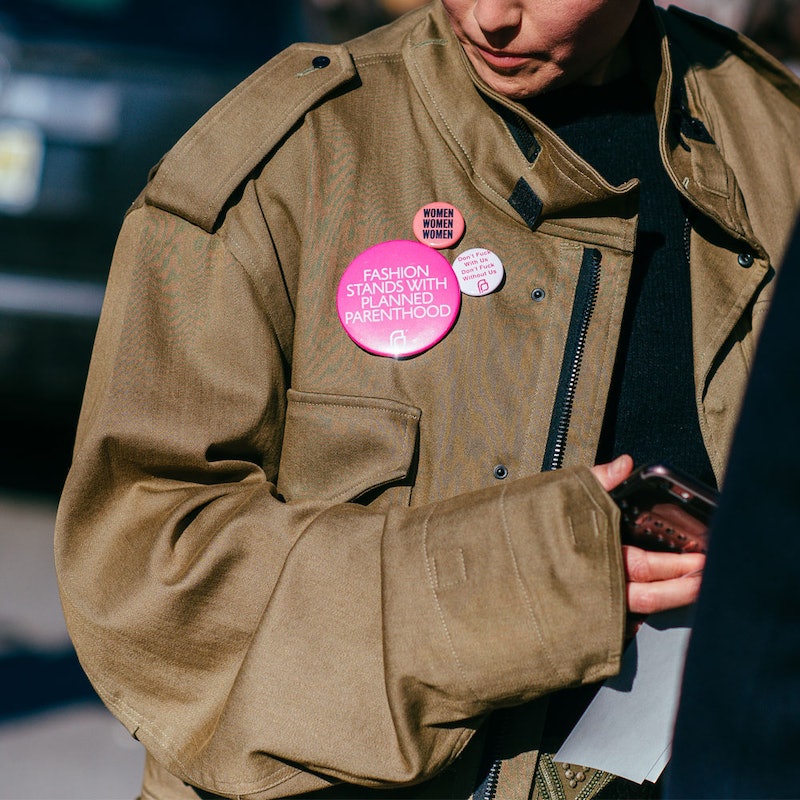 Fashion has long been a form of self-expression, and recently it’s become a medium for political statements, with women across the country donning pantsuits in support of Hillary Clinton and wearing white to the polls as a nod to the women’s suffrage movement. Just last month we saw pink hats, pink scarves and statement tees take to the streets of major cities as women and men (celebrity and regular folks alike) marched for equal rights and an end to gender discrimination.

So come New York Fashion Week, we were right to expect a little advocacy—and designers truly delivered. Christian Siriano, Prabal Gurung and Tommy Hilfiger were among those who used their platform to speak their mind about the current political climate. Leading the charge was the CFDA (Council of Fashion Designers of America), which launched an initiative with Planned Parenthood, distributing pink “Fashion Stands with Planned Parenthood” pins to designers, press and showgoers to raise awareness for the endangered nonprofit’s efforts. With It girls and influencers now picking up the hashtag #IStandWithPP, the fashion industry effectively proved that clothes can do the talking.