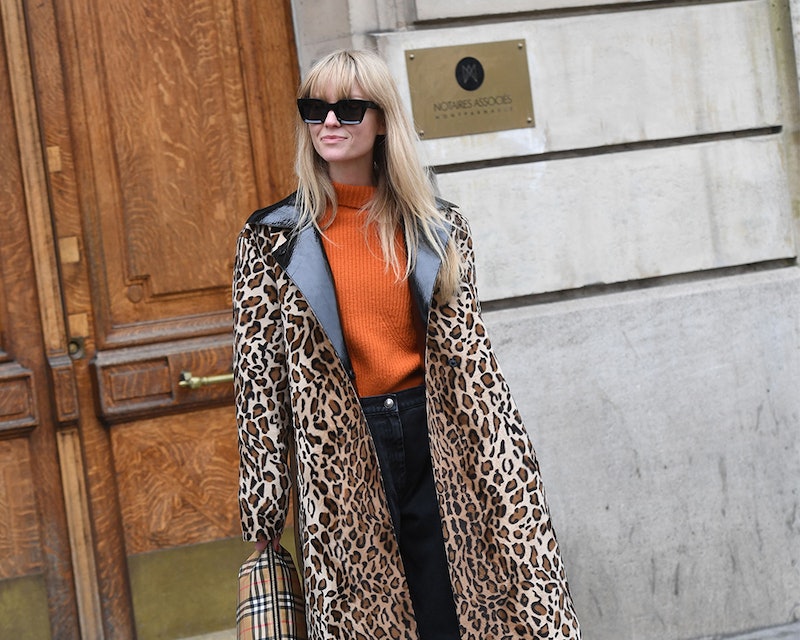 Good news: Your favorite print is back for fall, along with a few other wild ones. From leopard and snake prints to zebra and tiger stripes, animal spots are about to dominate all of our fall wardrobes.

Of course, it’s true that these classic patterns never really go out of style, but they stood out more than usual in the Fall 2018 ready-to-wear collections, and for more reasons than one. Not only were they present in every major city and on several major runways, but many designers showcased them with a bold new twist.

While we used to argue that cheetah print was a neutral, that won’t necessarily be the case this season. To keep things fresh, designers reimagined their favorite animal prints in punched-up versions; anything from saturated neutrals to deep reds and electric greens were fair game: Tom Ford led the charge with loud, leopard prints decked out in ‘80s excess and and a touch of ‘60s mod. From lilac to lime, on nylon tights to sequined tops, nothing was subtle about his animal instinct. Such descriptions might normally sound alarming, lest you forget we’re talking about Tom Ford. Despite the exuberance, the cuts were still sleek, the looks still inevitably sexy.

Then, at cool-girl brand Miaou, head-to-toe red snakeskin and vibrant leopard prints on denim delivered a more cheeky take. Diane Von Furstenberg, of course, offered a playful yet powerful array of neon leopard on feminine pieces (in true DVF fashion). At Proenza Schouler,a graphic tiger stripe kept popping up. At Adam Lippes, there was more insouciant ‘80s zebra. Max Mara mixed all kinds of neutrals, while Victoria Beckham appeared to mix all patterns into one. Suffice to say, the designers proved their point. Bold animal print is in.

Now, perhaps the only thing bolder than the color and texture of the prints was the way they were styled—notably, covering bodies head-to-toe. But no need to be intimidated. Technically, a neutral leopard print dress still counts for this take, so start there. After that, a red palette doesn’t feel all that unmanageable. You can also try one piece at a time—a bright blue leopard skirt with a simple black tee, or a standout zebra blouse with a tried-and-true pair of jeans. Eventually, throw them all together for a truly fierce ‘fit.

Luckily, this designer-approved trend can be easily replicated at any price point. All our favorite stores are starting to stock up, so we’re sharing the best renditions we’ve seen available so far, below.

If there’s one new piece you buy ahead of fall, make it a bright red animal print.

Though more unexpected, a zebra or tiger stripe can be styled just like your typical leopardprint. However, these less-common animal patterns do add a slightly cooler element to yourlook.

If you’re ready to experiment, make the most of this trend with a neon number. Plus, you’reguaranteed to have more fun when you wear something this wild.