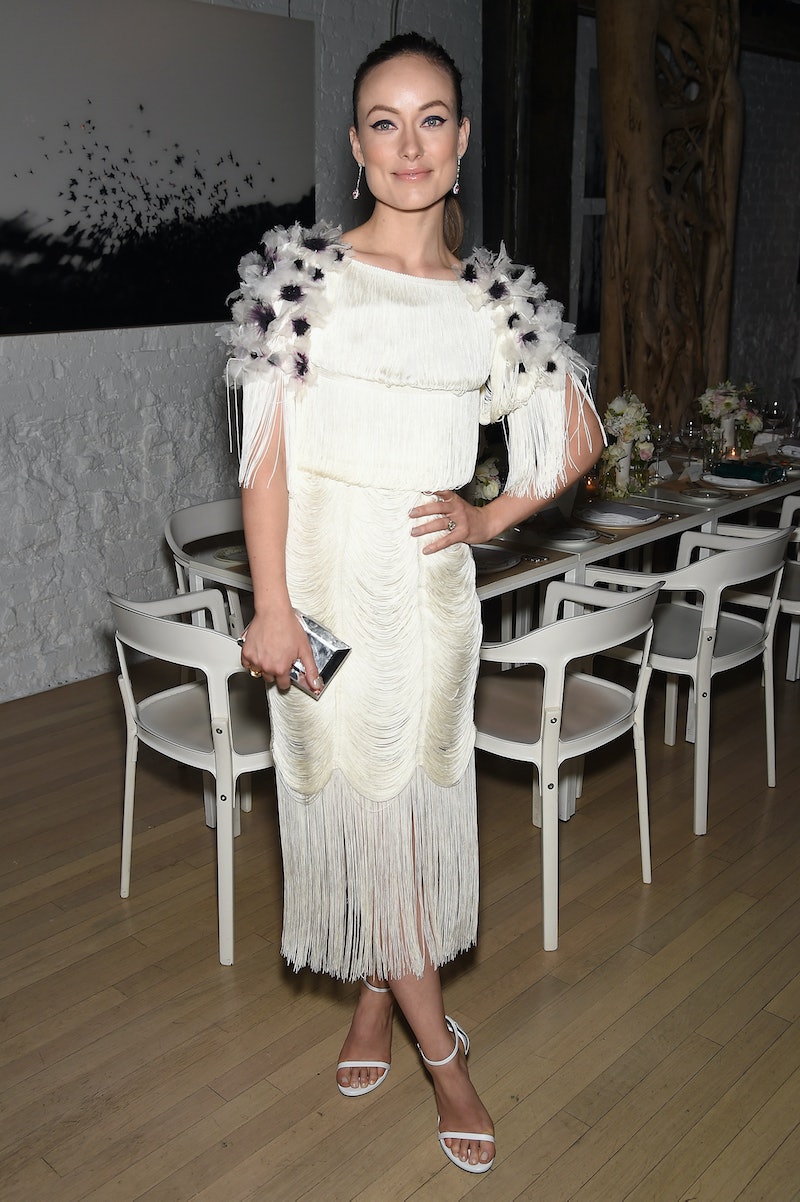 As the old saying goes, “when it rains, it pours”—and so was the case this week, with a seemingly endless stream of red carpet happenings. From Burberry’s grandiose LA event to the Olivier Awards in London and everything in between, our favorite It girls showed up dressed to impress. Here, ten of our recent favorite celeb looks.

As if we needed another reason to fawn over fringe—Olivia proves you can rock tassels at night without the look feeling overtly flapper-inspired.

Leave it to Leigh to lend some edge to this sweet and feminine Chloe number while attending a Tiffany & Co. event in NYC.

Carey won us over in this sparkling strapless confection by Dior at the premiere of her new movie, Far From The Madding Crowd.

We're totally feeling the Grecian vibes of the Alexander McQueen dress Dianna wore to the Olivier Awards in London.

Talk about making a statement—Karolina had a "lady in red" moment wearing this caped Delpozo number at the Save Venice Ball.

Our EIC was the epitome of boho-chic in this flowing, patchwork-print frock by Burberry at the brand's LA event.

Perhaps the most-watched fixture in the Burberry front row (along with the rest of the Beckham clam), Victoria looked elegant in an olive green dress of her own design.

To salute Burberry's iconic signature piece for the design house's LA fête, Suki opted for a timeless tan trench, which she paired with a pretty printed dress.

The eternally stylish Rosie stepped out in this plunging patterned minidress for Burberry's LA runway event.