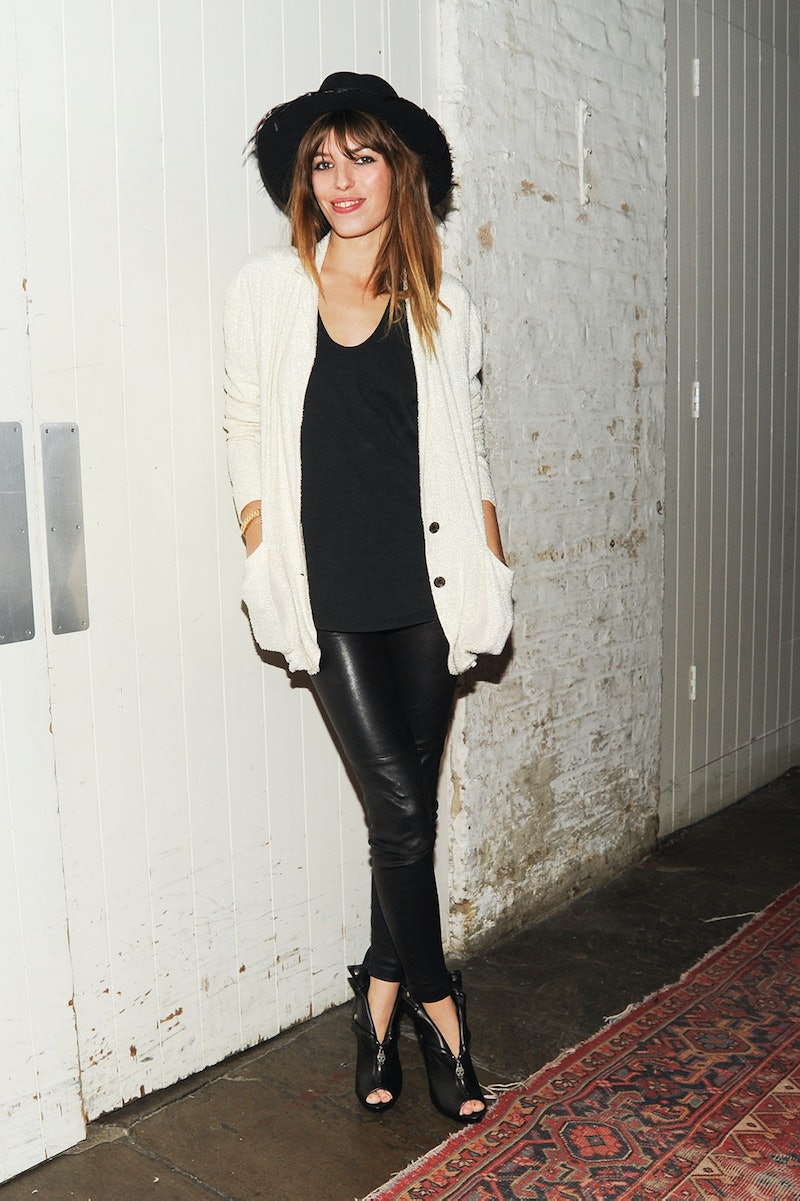 If someone would have told us having unkempt hair and a blasé attitude would be the fashion movement of our generation, we would have told them they were trés cray. Enter every fabulous French girl there is. We can’t get enough of the effortlessly cool, impossibly chic air they bring into every room they walk into, inevitably toting an impossible-to-find, fabled It bag. Here, a few of our favorite Parisian ladies and the key takeaway to help you emulate their impeccable style.

The celebrated musician daughter of Jane Birkin and French film director Jacque Doillon is a Givenchy muse and has been featured in Chloe campaigns. She had us at Jane Birkin.

This sound producer, model and author of How To Be Parisian is a Chanel muse and the proud owner of the best air-dried bangs in Paris.

Style tip: Wear tucked into jeans or tailored pants with a lariat necklace.

The French-Swedish model grew up in Martinique and burst onto the modeling scene when she walked 68 runways in the fall of 2009. Still going strong, she was handpicked by Karl Lagerfeld to be the face of Chanel Rouge Allure lipstick and Chance perfume and even replaced Kate Moss as the face of Stella McCartney in 2010. Enough said.

Style tip: Pair with luminous skin and a light coat of mascara.

The polar opposite of many Editor-in-Chiefs, Vogue Paris' Emanuelle Alt embodies an understated, androgynous glamour. Whether she is sitting front row at a fashion show or attending an after-party, she is most often spotted in simple black pants and a slouchy statement jacket. What can we say? Her uniform works for her.

This model, philanthropist and film director is of French, Italian and Egyptian descent but grew up in Paris. Her striking good looks and effortless approach to eveningwear are only enhanced by her lustrous, carefree locks.

Style tip: Blast air-dried hair with heat, spritz on a shine mist, section into halves and then twist into a bun. Shake out before you leave the house.

Like her half sister, Lou, Charlotte is also a musician—except she started her singing career at just 12 years old, recording with her father, Serge Gainsbourg. She is also an acclaimed actress who took home a Best Actress Award at Cannes Film Festival for her role in the film Antichrist. Oh, and she is close friends with Louis Vuitton's Nicolas Ghesquiere and Karl Lagerfeld, which is to say her closet is just as impressive as her mantelpiece.

Another brunette with bangs? Why, yes! And an actress? Yes again! But this one is also a blogger? All the better for stalking the dark-haired beauty and her "this old thing?" approach to style.

Style tip: Take a floral print into evening with delicate, black accessories and a berry lip stain. And bangs, of course.