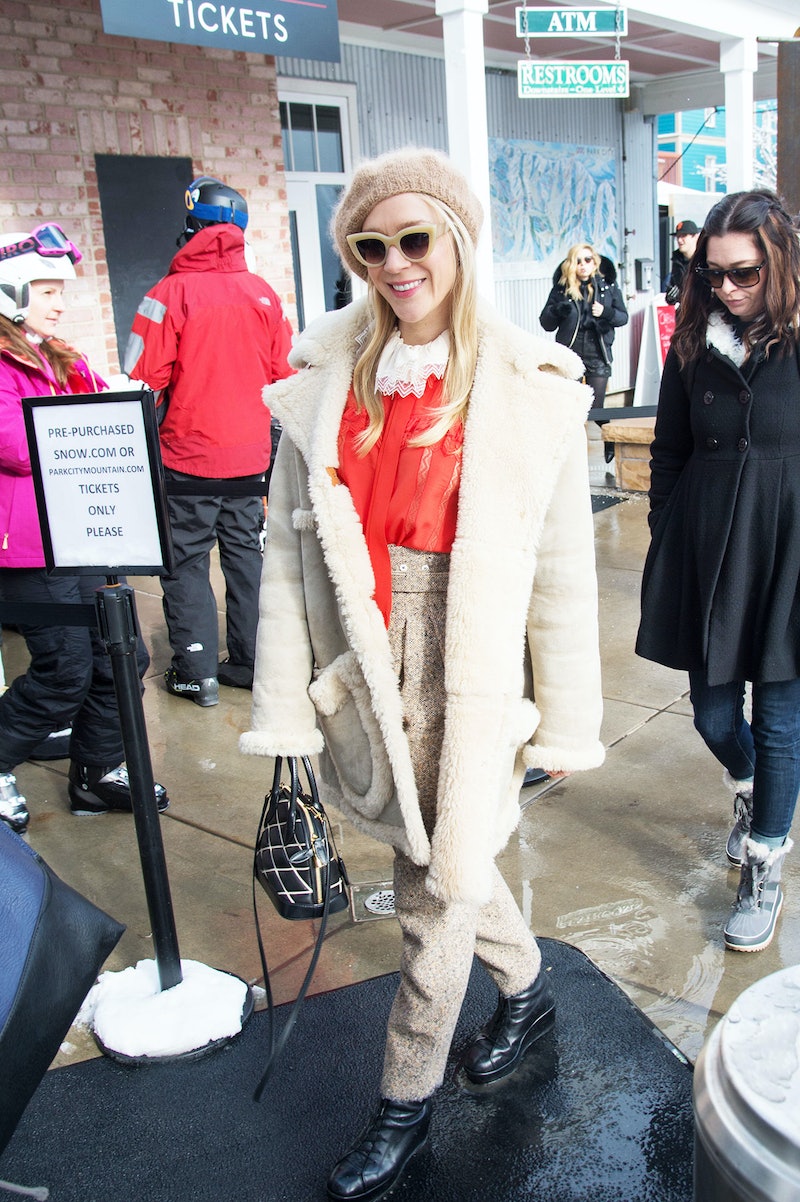 We don’t know about you, but we’re experiencing a serious case of Sundance FOMO. Never has the festival looked like such a crazy-fun party and, despite Winter Storm Jonas, all of Hollywood seems to be in attendance. Everyone from Matt Damon, who gave up a potentially award-winning role in the much buzzed-about Sundance film Manchester By the Sea to his pal Casey Affleck but showed up in support, to Chloë Sevigny to Bradley Cooper’s party-crashing twin has graced Park City’s snowy streets. Temps have been quite frigid, and the bundled-up stars are bringing their best outerwear game. Here, our 6 favorite toppers so far.

Warm doesn't have to be boring. Opt for a loud print to stand out on cold winter nights.

Style your outfit around a statement topper, and you won't have to take off your coat to look polished.

A sweeping coat in a bold print can instantly invigorate your go-to all-black ensemble.

Throw on a chic shearling coat to winterize even the least snow-friendly ensemble.