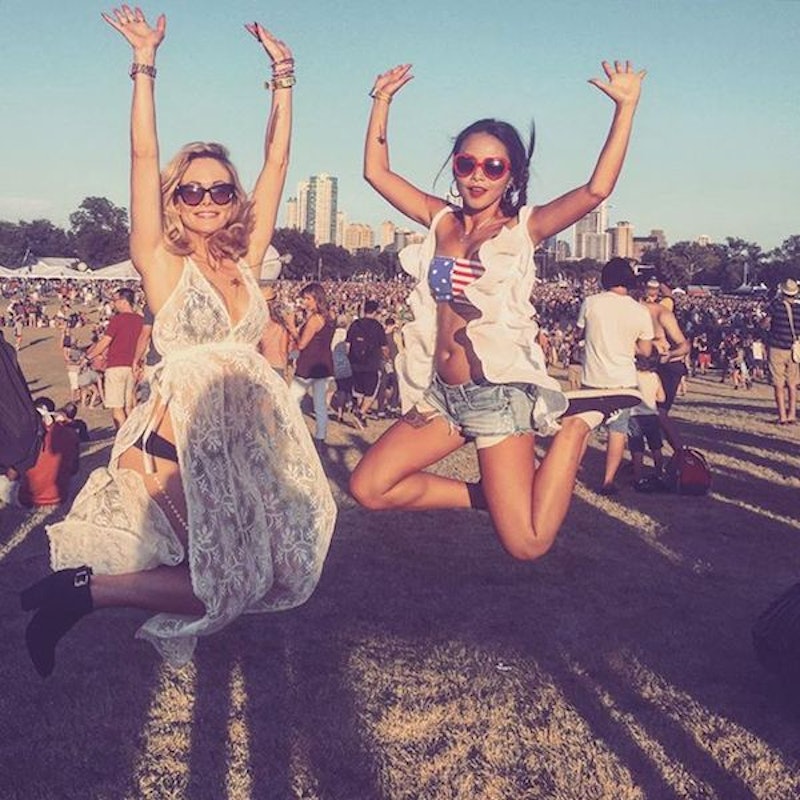 The second weekend of Austin City Limits kicks off today with an insane lineup of legends and legends-to-be, including Foo Fighters, the Weeknd, Disclosure, Drake, Deadmau5, A$AP Rocky, Hozier, BØRNS and about 100 other phenomenal acts. Heading down south? We envy you. If, like us, you’ll be watching and listening to the action from afar, get inspired by some of our favorite Instagrams of #ACLfest above, featuring lots of classic festival style with a Texas twist.

Classic festival style abounded on weekend 1 of ACL, including lots of lace, heart-shaped sunnies, distressed denim and a healthy dose of patriotism. @dasa_blue

Drake headlined on Sunday, October 4, and gave us serious bling envy in the process. @champagnepapi