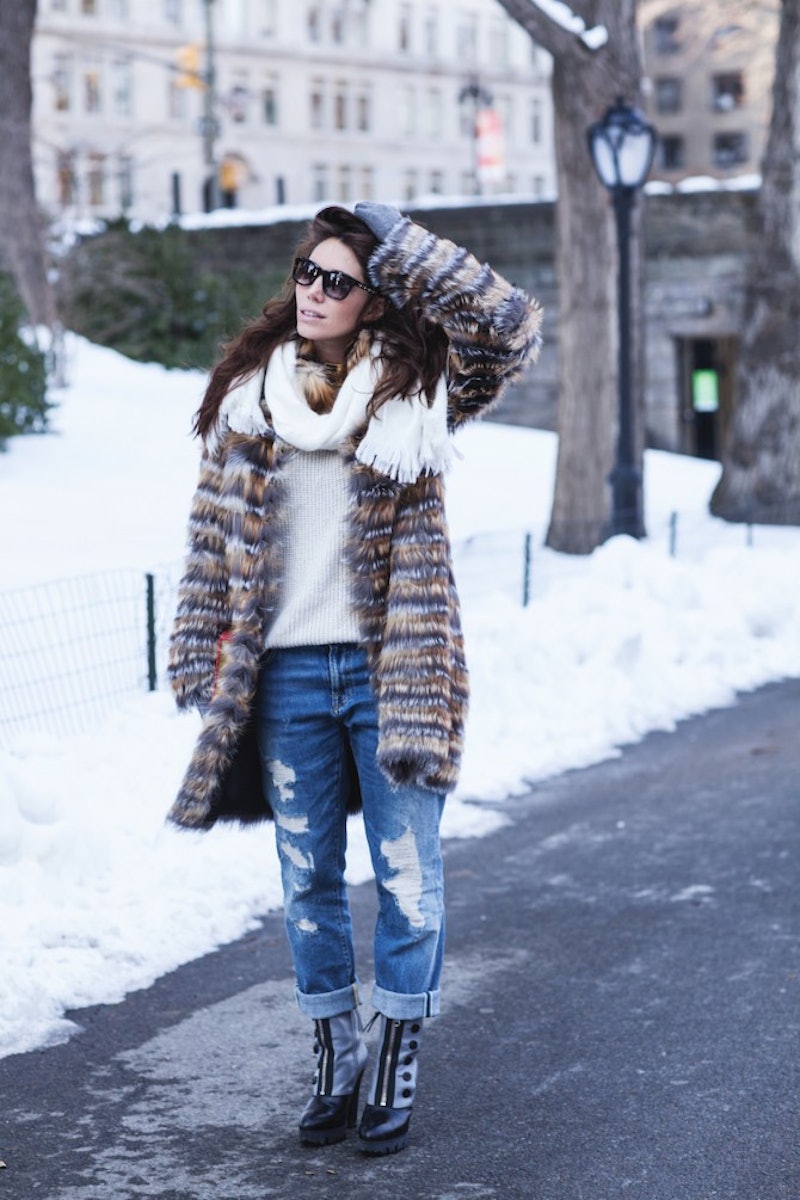 Girl Meets Grunge “Who better than Alexander Mcqueen to master voluminous lace dresses with a bad girl appeal, bold coats and fierce fur? Saint Laurent was another show that had a girly take on grunge. I loved the combination of leopard and plaid on the runway.”

Consumer Goods “Would you like some Chanel with that kale? Paris might be known for high fashion but this season many designers embraced the commercial side. Chanel’s woven shopping basket handbags were so clever and Jeremy Scott’s first collection for Moschino put a smile on my face with it’s logo-heavy ensembles.”

Texture Trove “Zippers took on all shapes and forms at Stella McCartney’s show, while at Balenciaga they were on the straight and narrow. Fringe also remained a strong trend with Lanvin, Roland Mouret and Valentino using it to create movement and a homespun quality. And fuzzy fabrics and faux fur were literally everywhere.”

Mod Moment “From micro-mini dresses and knee-high boots to retro leather jackets, the mod vibe was in full swing for fall 2014. I love this ’60s-era trend for the twenty-somethings because it’s provocative (but not inappropriate) and so, so cool.”

Knitwear Everywhere “Sweater dressing was ultra-luxurious and ultra-comfortable this season with designers sending models down the runway in full-on, head-to-toe knits. After a long season of shows, I’m dreaming of crawling into these looks!”