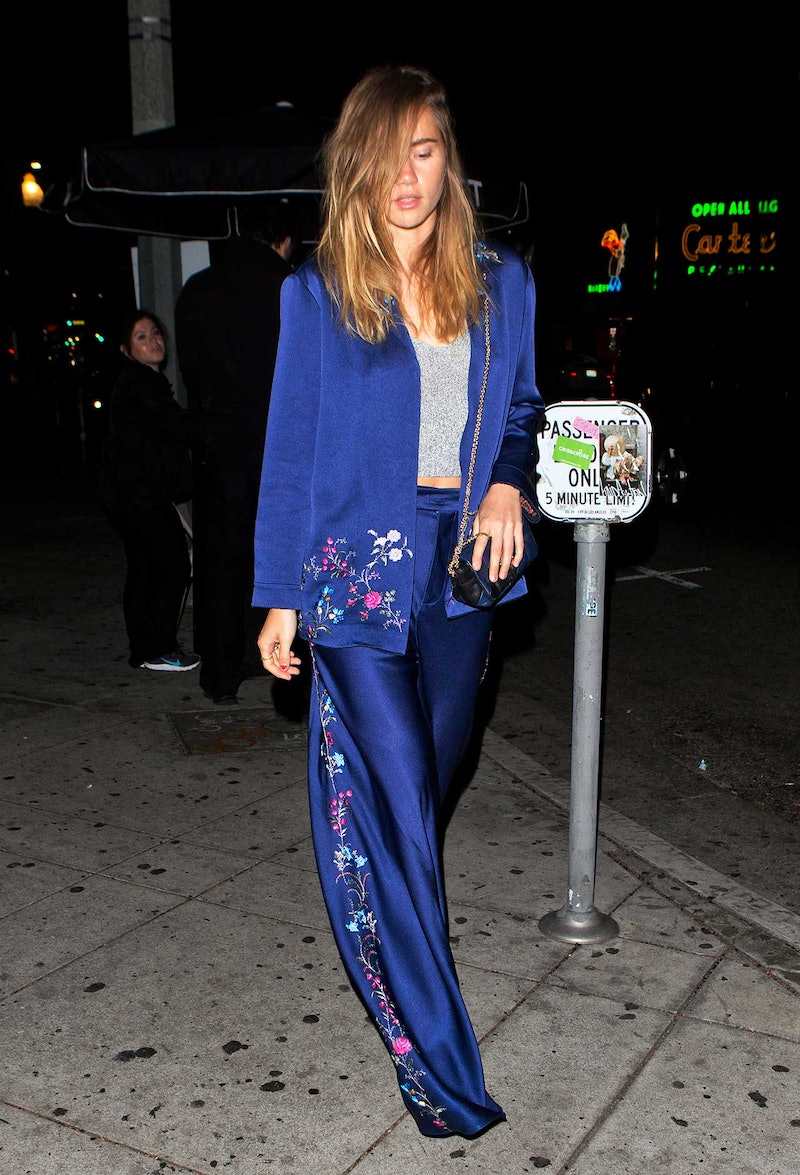 Spring’s ubiquitous floral pieces often involve an allover pattern in pastel hues, an overtly girly look that causes some edgier types to run for the hills. There is a way to wear the season’s most time-tested trend without appearing too sticky sweet, as demonstrated by sartorial risk-taker Suki Waterhouse. Consistently sporting forward-thinking ensembles that harness her quirky British sensibilities, Suki exemplifies the way to don the look without appearing cupcake-like; opt for separates with just a smattering of aptly placed embroidery. Especially when appliquéd onto suiting separates (à la Suki), athletic-inspired pieces or more androgynous silhouettes, the look takes on a new vibe that appeases a broader crowd. Here, seven takes on the style, none of which involve more than a hint of pink.