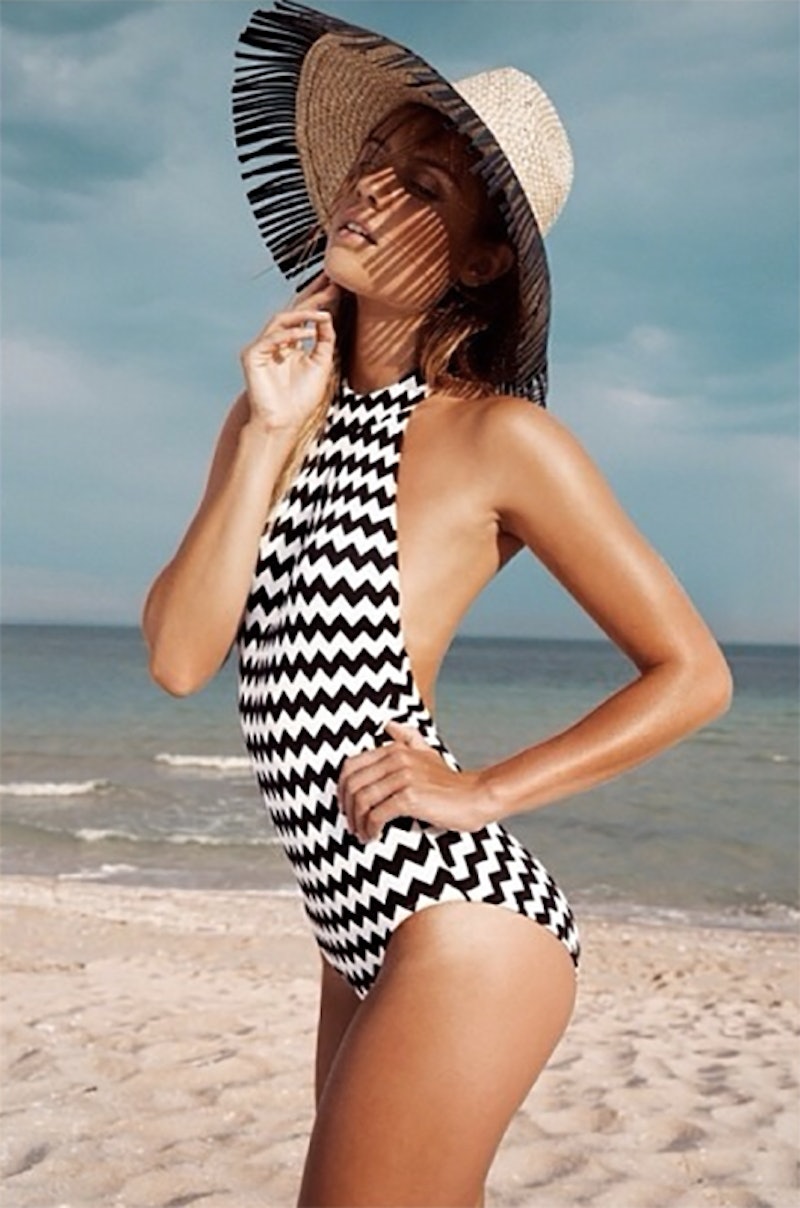 People have sharks on the brain, most likely thanks to tonight’s airing of the third installment of the cult film franchise Sharknado, the recent Shark Week programming and a certain viral video. Since most of our summer plans revolve around the beach, we were pleased to discover there is a—scientifically tested—print that claims to deter sharks and it is available on an adorable wetsuit. (The bands of graphic black and white disrupt the shark’s ability to see but we like to think it has the opposite effect on humans.) Here’s to hitting the waves carefree this weekend.

The uneven stripes distort a shark's ability to register bands of light moving across the body.