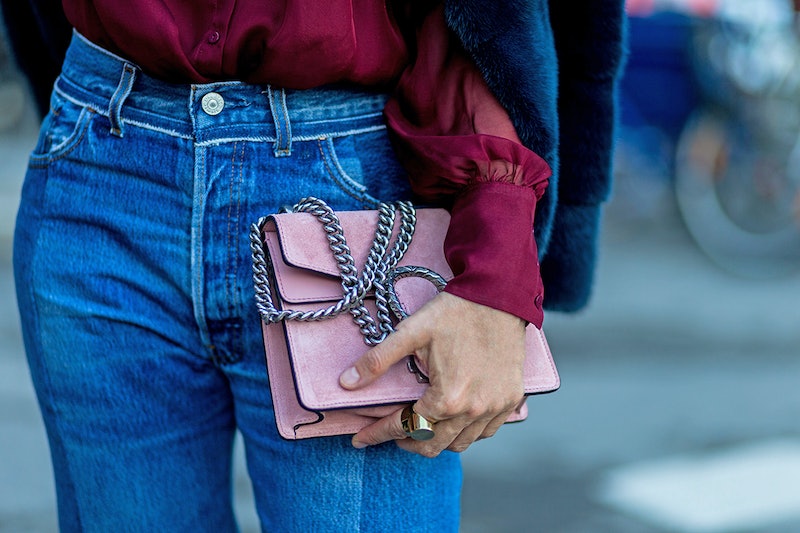 We admit our denim game has been especially strong as of late with a bevy of momentous silhouettes that took over the fashion world by storm. From the kick flare to the uneven hem, the jean became more than a staple as it crossed over to statement-making territory. The biggest (and most emulated) trend of them all originated from the unconventionally cool, luxe Parisian street wear brand Vetements. What looks like a deconstructed mom jean strategically sewn back together, the piece set off the now coveted detail of a raw, mismatched hem and two-toned pockets. While we would love to shell out dough for the OG model ($1460 to be exact), it’s just not feasible for many of us, which is why we are pining over the $60 version H&M just released. Complete with a high waist, raw hem and dual pockets, this is probably the greatest sartorial dupe we’ve come across. Considering every single fashion girl has been lusting after this It jean since its street style debut, we suggest running instead of walking to grab this steal now. Shop the pair below and you’ll thank us later.

Style it now with a silk cami and crossover mules for daytime. Wear it later with a nubby turtleneck sweater and block heel sock ankle boots once temperatures drop.