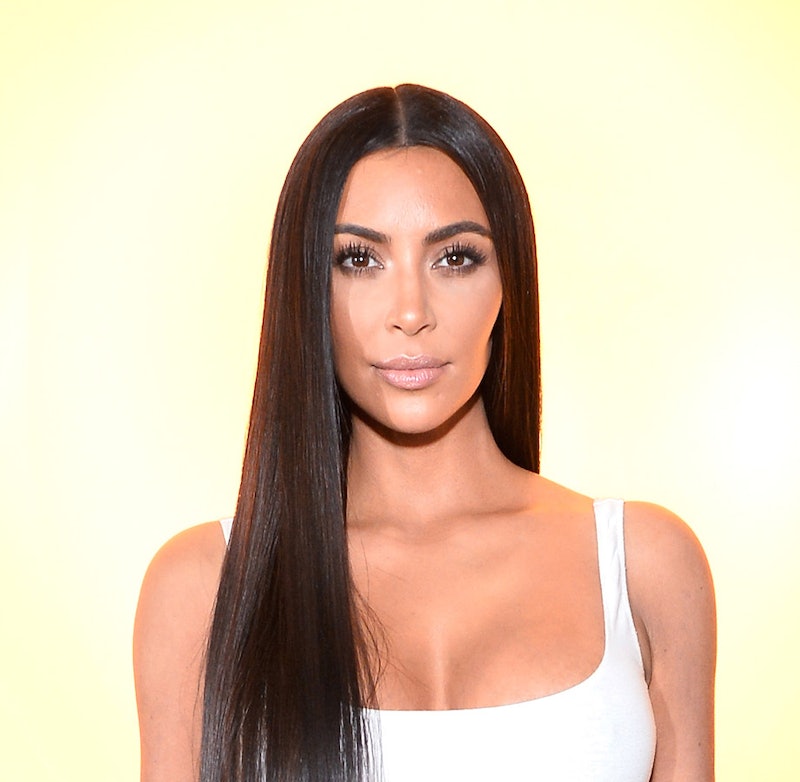 Balmain's creative director, Olivier Rousteing, invited his "Balmain army" of stylish friends to Beverly Hills for an epic party. Of course, Kim herself was in attendance, wearing a stunning Balmain skirt paired with a tiny white crop top. The fete celebrated the new Balmain store on Melrose Place, go inside the much-anticipated space here.

If you want to spot a Kardashian in LA, head over to the first West Coast flagship store of the reality stars' fave designer, Balmain. The luxury French fashion house finally set up shop in West Hollywood with a 2,400-square-foot boutique that introduces both clothing and accessories, with founder Pierre Balmain's Italian vacation home clearly serving as a major inspiration for the store's stucco exterior and Mediterranean decor.

"For as long as I can remember, Los Angeles has always been this incredible source of dreams and inspirations," creative director Olivier Rousteing (and close friend to Kim K) noted. "Of course, that intoxicating West Coast spirit has been reflected in my collections, so in many ways coming to LA is almost as much as a homecoming as the opening of a new flagship."

The brand's debut into brick-and-mortar in the United States began with its now one-year-old New York establishment, and it only made sense that the next city would be in closer proximity to its high-profile celebrity clientele. We fully expect to see Kim herself at our first visit.