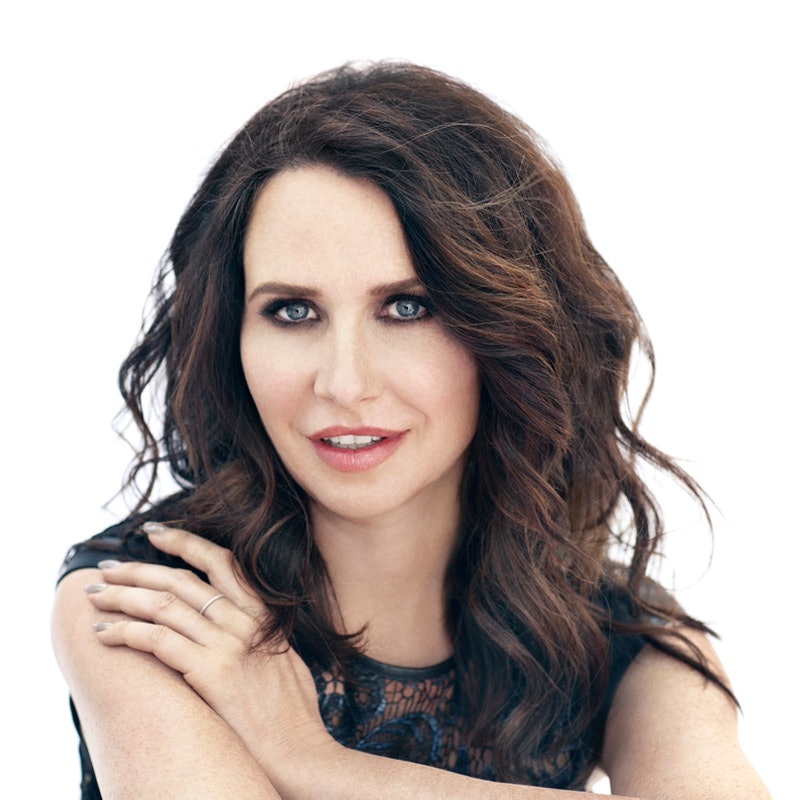 As tonight’s episode marks the beginning of the show’s final season, we enlisted Mad Men costume designer Janie Bryant to take a trip down memory lane through the characters’ style evolution and their best sartorial moments. We can’t wait to see what’s in store this season—from Joan’s sophisticated, curve-hugging ensembles to Megan’s flashy minidresses. Once the closing credits have rolled on the final episode, there’s no question we’ll miss the gorgeous dose of retro glamour Janie delivered each week.

Although Mad Men is coming to an end, Janie isn't slowing down: She's recently worked on collections for Shoes of Prey and Black Halo (launching in July), as well as designed uniforms for the Watergate Hotel staff in Washington, D.C. She's also moving into the home sector with an upcoming collection for Eko Furniture. Here, she reflects on the best of the best from the show that launched her career into the stratosphere.

"Peggy was fresh off the secretarial boat when she landed her job at Sterling Cooper in 1960. I wanted her costume design to reflect the innocence of her character, so to me that was all about plaids, pleats and Peter Pan collars with bows. Peggy is also a character who is old-fashioned, so her costume design is never about being avant-garde or high fashion. One of my favorite costumes of Peggy's is the pantsuit she wears at the end of Season 6. By Peggy wearing pants in the office, we see how far she has come professionally."

"In Season 1, Betty's silhouette was all about the full skirt and layers of petticoats and foundation garments—typical of a suburban housewife during that time. Her silhouette transitioned as her character's story changed. When she divorced Don and married Henry, I imagined that Betty would turn to Jackie Kennedy for inspiration. Presenting herself as the perfect politician's wife, she dressed in smart suits and two-piece dress-and-coat ensembles."

"Joan is a true force at Sterling Cooper, and her costume design needs to reflect her feminine attributes. The sheath (or wiggle) dress of the early 1960s was Joan's mainstay silhouette. As Joan moved up in the office and acquired more money, it allowed for a shift in her costume design—skirts that were more A-line and had slightly shorter hemlines. She could afford to be more fashionable, but I only designed costumes for her that had a nipped or fitted waist. Joan is not a character to follow trends if those trends are not flattering to her beautiful figure. Jewel tones are also very important for Joan; they illustrate her strength and sassiness."

"Sally went from a little girl to a young lady, and her costume design reflected that. In Season 1, Sally was dressed by Betty, so Sally's costume design reflected more of Betty's clothes than her own. As Sally got older and rebelled from Betty, I changed Sally's color palette from pastels to oranges, greens and reds, which are colors Betty would never wear. Sally was also influenced by Megan, and you can see that come through when she wears a sparkly minidress and go-go boots in Season 5. Sally also wears miniskirts, ponchos and peasant blouses as she becomes a teenager of the late '60s."

"Megan's character contrasts vastly from Betty's icy demeanor, allowing there to be a more fun and modern spirit to her costumes. In Season 4, she was the young, hip secretary in drop-waist dresses and mod coats. After Megan and Don were married she had more of an allowance for her clothing, so I loved the idea of her looking more sophisticated. As she shifted into pursuing her acting career, her costume design became more casual at home in jeans, plaid pants and cable-knit sweaters. When Megan made her move out West, there was another opportunity for her costume design to shift toward a more bohemian aesthetic. I wanted Megan to be influenced by her California environment which led to maxi dresses, crochet vests, miniskirts and suede bags."

"In this episode alone Betty has 14 costume changes, and each one tells a different story about her character."

"I love moments in the show when the costume designs signifies time passing. When Megan sings and dances for Don at his surprise birthday party, she wears a little black minidress, which was actually the first minidress to ever hit the screen of Mad Men."

"I designed Don's raw-silk sport coat for the episode that he goes to California in Season 2, and I have him wear the same one in Season 3 when he and Betty are in Italy. The light blue tone of Don's coat signifies him being more relaxed and at-ease—not to mention he looks absolutely gorgeous in shades of blue. For Betty, it's the first and last time we see her in black. I loved the idea of Betty in black for this scene because we get a glimpse of what her life was like before Don and the kids, and we learn she speaks Italian—so chic!"

As the final season segues the story into the '70s, we couldn't be more excited to see what's in store for the characters' style: "There was such an ease to the '70s look—the fabrics were more flowing, the silhouettes freer and the colors dustier," says Janie. "It was a much more casual decade, with itty-bitty halter tops, bell-bottom jeans, chiffon maxi dresses and cork-wedge sandals. There was also such a huge Western and American Indian influence with embossed leathers, fringed vests, ponchos, patchwork and feathers."

A model in the '70s sporting bell-bottom jeans while posing on a boat. Photo: Everett Collection