Her customers are “bright spot in every room.” 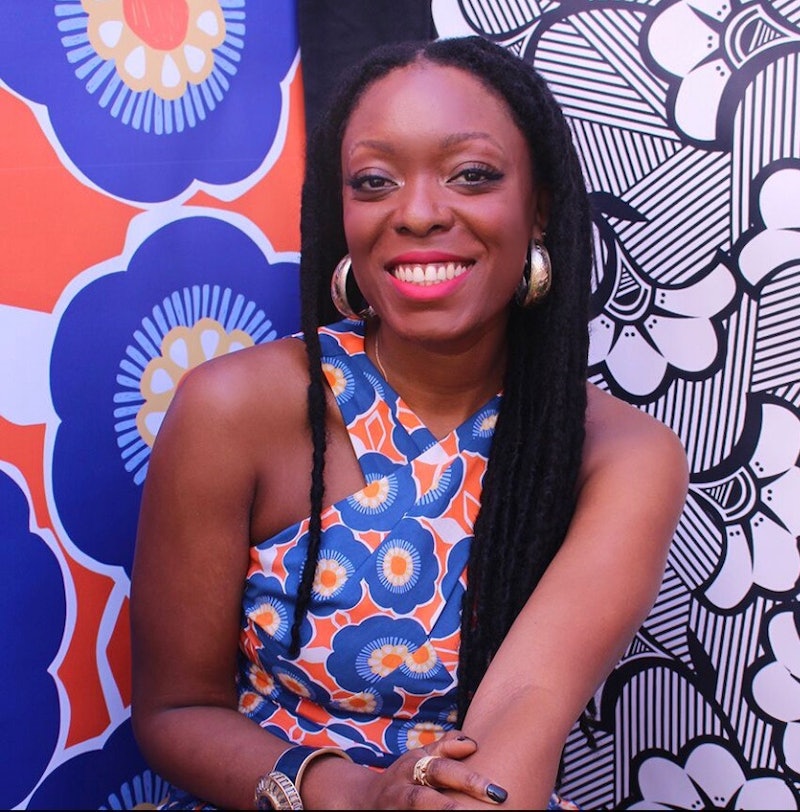 “If I would have known what I was up against, in terms of how capital intensive the industry is, and the [number] of racial barriers there are, I don’t know if I would have gotten into it,” fashion designer Autumn Adeigbo tells TZR. Over an early morning phone call from L.A. she explains that in hindsight, it was this naivety that allowed her to build a successful fashion brand. Adding, “[I] saw being a Black woman as a chance to align with something and someone very different than what was currently out there on the market.” Now, nearly four years after the debut of her first official collection, Adeigbo’s designs have amassed a cult Hollywood following and are being sold at popular fashion retailers like Shopbop and Rent The Runway — it’s safe to say that she’s doing something right.

However, the creative’s path over the years has been far from linear and like most young designers, especially those of marginalized communities, the story doesn’t come without its own fair share of hurdles. Adeigbo started designing dresses in 2009 but officially launched her brand in 2016. “Since it was just me, I had only been creating one collection a year,” she says. “I didn’t present my first official collection until 2019.” Working multiple jobs while slowly growing her collections, Adeigbo’s journey included assisting stylist and designer Andrea Lieberman, a stint as a fashion assistant at W Magazine, and several hostessing gigs. Today, the designer looks back on that time with gratitude, naming her perseverance over the years as something that she’s proud of.

A first-generation Nigerian-American, the designer attributes her innate love of fashion to her mom, who made all of Adeigbo’s clothes growing up (and even landed her the title “best dressed” in primary school). But it wasn’t until she was away from home that she began creating pieces for what would become her own eponymous label. Adeigbo found inspiration in the colorful dresses that her mom would design out of fabric from Joann’s, and was drawn to bold and vibrant patterns to reflect her Nigerian heritage, blending traditional motifs and silhouettes with modern elements.

She explains of her early designs, “I would just wear them all around [the city], they would spark conversation, business cards were exchanged, and relationships were built.” It’s a method that, according to Adeigbo, is only successful when your pieces are truly walking pieces of art. “Brightening up someone’s day and having that person you don’t know want to talk to you about what you’re wearing, that's what the brand is about.”

She describes her customer as the “bright spot in every room,” adding that she designs for women that, like herself, love to put on a full look, even if they aren’t going anywhere. “I’ve gotten dressed almost every day of the pandemic because I love getting dressed,” she says. “I design for that woman. She’s not getting dressed because she’s going out of the house, she’s getting dressed because she wants to look great on Zoom or she wants to look amazing when she pops into the grocery store.” It’s this festive approach to design that attracted Tory Burch, who named Adeigo a design fellow in 2019. It wasn’t long before celebrities like Mindy Kaling, Gabrielle Union, and Busy Phillips, to name a few, also started flocking to Adeigbo’s pieces.

Presently, the designer is celebrating the launch of the brand’s Fall/Winter 2021 collection and a new venture into footwear and handbags. Created for the woman who wants to be the center of attention, the new offering includes a range of plaid coordinate sets that mirror Cher Horowitz’s style from the classic film Clueless. As a part of the lineup, Adeigbo presented a collection of totes and statement-making platforms with ornate buckles and over-the-top details, like feathers. The styles were skillfully crafted out in both solid and print designs, which includes the creative’s self-described “favorite color,” leopard print.

And while many brands have struggled to stay afloat over the last year, Adeigbo, who in addition to a degree from The Parsons School of Design holds an economics degree from Spelman College, found success in raising outside money to help grow her brand. The designer made headlines last year after she secured $1.3 million in Venture Capital investment during a global pandemic. “It’s pretty incredible that these investors have decided to rally around me and this brand at this time, when historically we’ll look back at this as one of the most difficult times economically,” Adeigbo told WWD last year. “I think it also needs to be looked at in terms of Black Lives Matter and investors creating opportunities for Black founders and Black creatives in their portfolios.”

Adeigbo is now harnessing her own success to also invest in her community. The designer has teamed up with retailer Anthropologie to give a portion of the proceeds from the Spring 2021 collection sold on-site to the General Scholarship Fund at Adeigbo’s Historically Black alma mater, Spelman. “The Annual Fund is a vital source of revenue for [the university],” she explains on the partnership. “These gifts advance the mission of the college through scholarships, academic programs, student-faculty research opportunities and are the foundation for transformative change.”

Below, find a curated selection of styles from Autumn Adeigbo’s Spring/Summer 2021 which you can shop on the brand’s website and select stockists, right now.