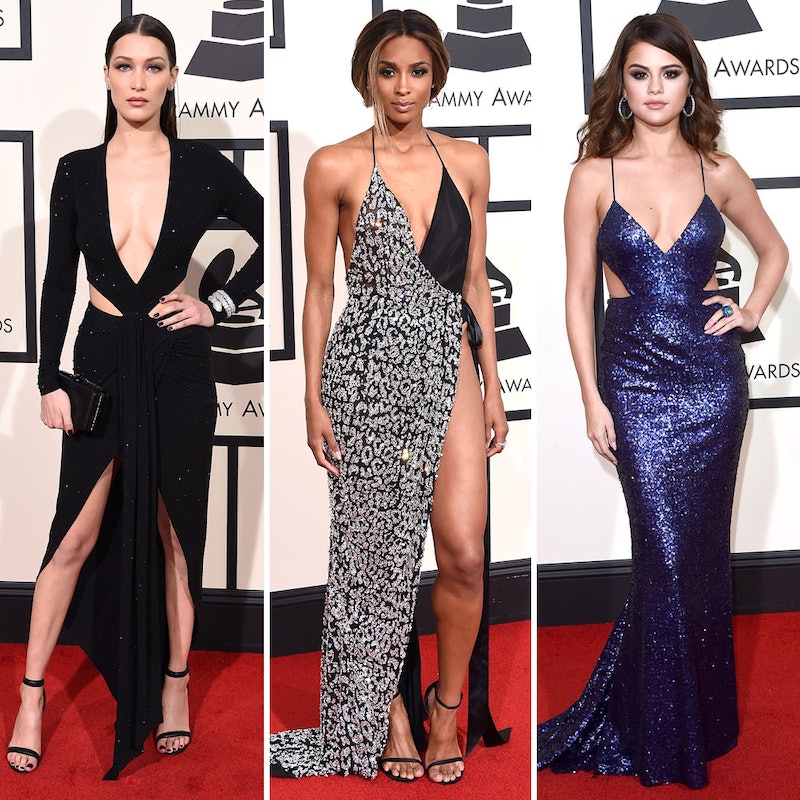 The 58th Annual Grammy Awards kicked off tonight at the Staples Center in Los Angeles with yet another unforgettable red carpet. Nominees, presenters, and attendees tend to bring their most daring looks to the music industry’s biggest night, which often makes for a diverse, unpredictable, and sometimes shocking arrivals scene. Tonight’s was no exception, with music’s finest talents showing off some of their most dramatic ensembles of the season. Here are the most notable of the night.