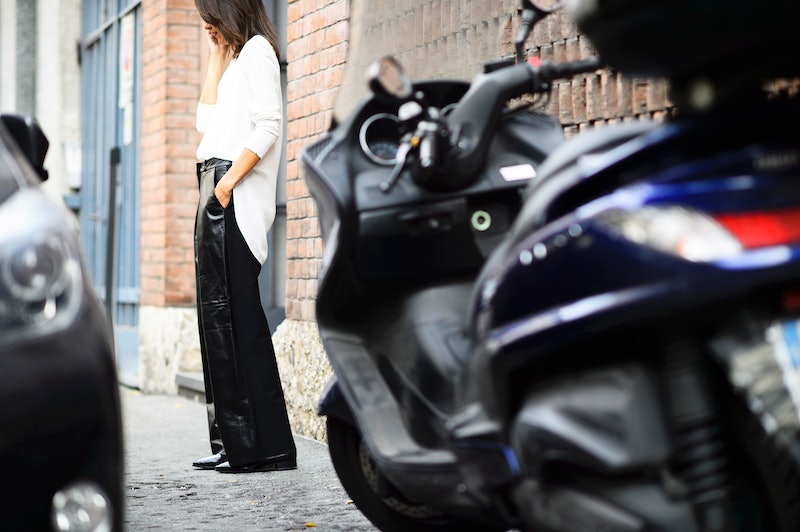 Ever wonder what it takes to prepare a celebrity for a walk down the red carpet? Hint: It involves a team of skilled professionals, an unrelenting attention to detail and the occasional all-nighter. And that’s just the beginning. Master tailor Christy Rilling knows more than a thing or two about how to achieve a gorgeous fit. “I was working in costume design for theater and film when stylist and Vogue editor Tabitha Simmons asked me to make custom headpieces for Vogue Italia overnight,” says Rilling of how she got her start. “The story was shot by Steven Klein and was a great success. Tabitha kindly passed my name around the American Vogue office, and it literally launched my business.” The sewing guru now works her magic from her own atelier in New York City (she has plans to expand to LA). Here, she gives us the 411 on the elaborate process of perfecting an outfit, along with a slew of insider tips you can apply to your own wardrobe to make everyday items look ultra-expensive.

"We usually begin fitting clients in New York and send measurements to designers so custom gowns can be developed. The gowns are then fit by us in New York or Los Angeles or at the designer's atelier. In the days before an awards show, my associates and I run around Los Angeles checking on gowns and making last-minute tweaks and alterations."

"I think it's important to have a variety of safety pins in different sizes and colors—gold, silver, black, white and multicolored. In a pinch I'll add a dart on the inside of a garment with a safety pin until I have the time to repair it properly. I also always have Topstick (men's toupee tape) on hand to stick plunging necklines to skin and in a pinch to tape up a hem! It's a lifesaver if you're in a hurry."

"I always emphasize to my clients that most women are not perfectly symmetrical. Some women are a Size 8 on top and a 4 on the bottom or have one arm that's shorter than the other and so on. We often purchase two dresses to make one, mixing and matching them to fit the figure comfortably."

"Adding sleeves to a dress is a great way to customize an off-the-rack garment, making it completely one-of-a-kind and couture."

"I'm always amazed at how many people forget to cut off the tailoring tacks on a coat's vents and pockets! Tailored items are sold with them to keep the shape intact. Once an item is purchased, make sure to cut them with a small seam ripper or scissors."

"Something as simple as changing the lining can help support the garment from the inside and give it a longer lifespan. For instance, we add lining to the inside of the fabric before repairing rips and tears so that the garment doesn't lose its structure." "Also, make sure there is always a hook and eye on the top of a zipper as it will take pressure off of the zipper and keep it from breaking."

"The best tailor also knows how to make patterns. It's important for your tailor to understand the whole garment before attempting to make changes to it."