"It was the gateway to crystals and feathers." 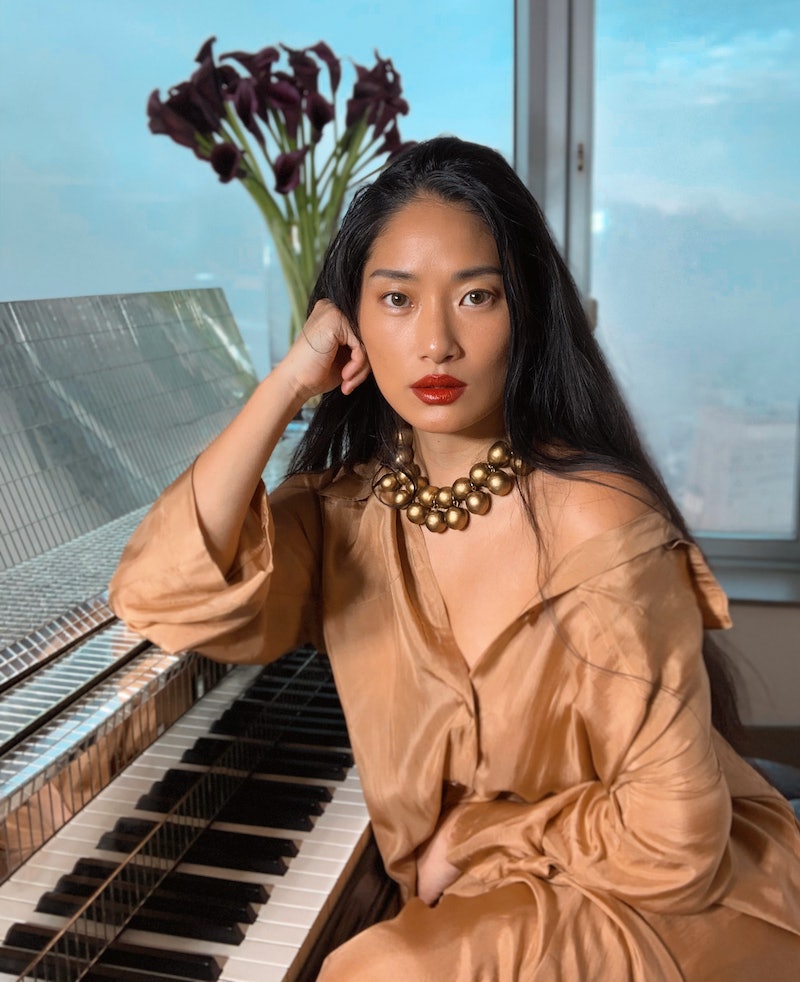 Journey With Jewels is our series that explores one’s relationship with jewelry as beyond adornments— as a force to transform, empower, and even draw on energy from the past. From perennial favorites to vintage heirlooms, the meaning we attach to these decorative objects range and reveal more than our styling preferences. Our first edition is with renowned pianist and composer Chloe Flower.

Like many during this period, Chloe Flower has embraced sweats more often than she would like to admit. Called out by the cashier at her local drugstore for her ubiquitous choice of clothing, Flower defends herself by exclaiming that she usually "looks chic." If you’ve had the chance to see her alter ego on screen, you would agree. The classical pianist, composer, and producer is often clad in couture gowns, stiletto heels, and crystal chandelier earrings — take for instance, her 2019 Grammy Awards performance alongside rapper Cardi B (at which Flower caused a viral stir).

The New York-based musician knows a thing or two about weaving her unabashed style with her musical prowess. She's amassed over 200,000 followers on Instagram, with posts varying between positive affirmations and videos of her playing the piano to the beat of hip-hop and pop music. But when she performs, it's hard to focus on the tunes — her soulful gestures, lustrous black hair, and over-the-top jewelry (think Gucci crystal headpiece) are all distracting, in the best possible way. "When I perform, I love wearing lots of sparkly things," Flower tells me over Zoom. "I don't dress to blend in, I like to stand out."

An avid shopper and supporter of emerging brands (her latest favorite being Molly Goddard — she has the same dress in two colors), Flower sources all the covetable pieces herself. Yet, you’d be surprised that her taste and style wasn't always so eye-catching. Raised in Lancaster, PA, she used to only wear black when performing — the classical music sphere "was a fashion sterile environment, everyone wore the same satin ball-gown-looking dress for their concerts...so I did the same, that's all I knew."

Her entry into the world of tulle, crystals, and feathers began when she discovered her mother’s vintage gold necklace. In an exclusive TZR video, Flower reveals the jewelry that would spark her affection for all things that shine, and ultimately "change [her] fashion."

Below, some of Chloe Flower's best looks: