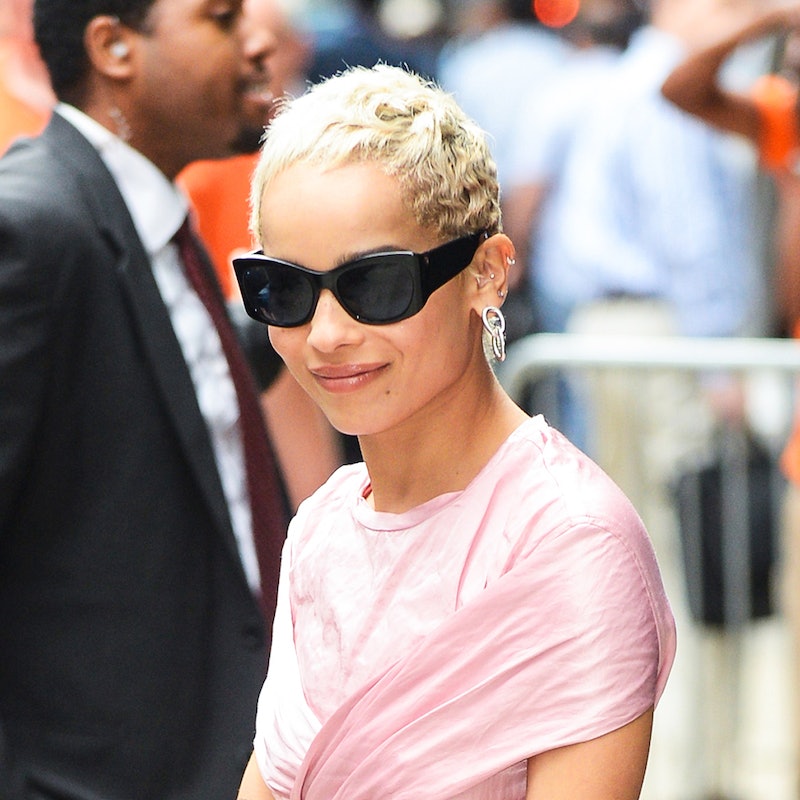 When you think of Zoë Kravitz, you probably think badass. Daring since day one, the actress is at once edgy and effortless, especially when it comes to her style. Recently, however, the actress’ sartorial angle took a feminine turn, with just a touch of her signature bite. Donning a pretty pink dress by emerging label Sies Marjan and rounding things out with tonal sandals and a marigold velvet bag by The Row, Zoë looks anything but precious. Basically? We’re obsessed—and inspired to think pink. Here, see her achingly cool spin on girly-girl, then continue on for her best looks to date.

In A Sies Marjan Dress, Jennifer Fisher Earrings And The Row Bag

At the Rough Night premiere in New York City, 2017

In A Saint Laurent Dress

At the Saint Laurent show at Paris Fashion Week, 2017

In Armani Privé and Bulgari and Tacori Jewelry

At the 2017 Vanity Fair Oscar Party

In Vera Wang, A Moynat Bag And Ana Khouri Earrings

At the Los Angeles premiere of Big Little Lies, 2017

At the Fantastic Beasts and Where to Find Them premiere in New York City, 2016

In Calvin Klein And Chopard

At the InStyle Awards in Los Angeles, 2015

At the 2015 Tribeca Film Festival

At the 2015 Elle Women in Hollywood Awards

At the Film Independent Spirit Awards in Santa Monica, 2014

In A Black Fringe Shirt