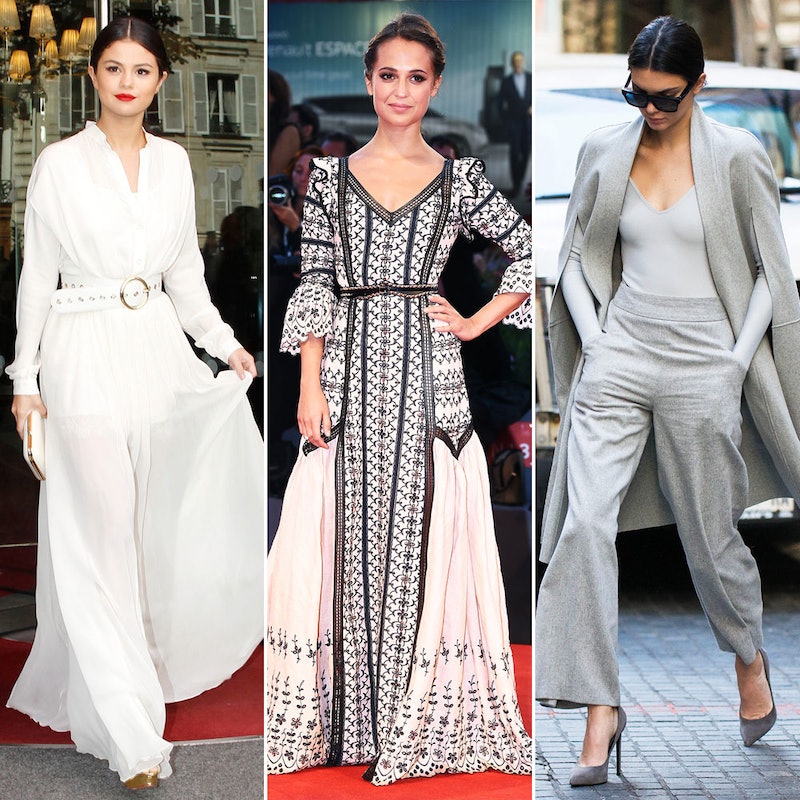 From the rise and reign of Kendall Jenner to the sartorial transformation of Selena Gomez—not to mention up-and-comers like Alicia Vikander bursting onto the scene—Hollywood’s finest talents raised the bar with their fashion prowess this year. Our favorite A-listers continued to have moments of greatness, but a select group emerged from the pack, demonstrating enviable personal style in their off-duty ensembles and red carpet moments alike. Here, our list of 2015’s brightest style stars.

Who’s your pick for this year’s best-dressed celebrity? Tell us in the comments below.

This year's breakthrough star, Selena did a total 180 on her look when she began working with revered stylist Kate Young. We've since seen her in a barrage of ensembles rooted in neutral color palettes, figure-flattering silhouettes and smart, sleek accessories that coalesce into sartorial excellence.

Has anyone had a better year than Kendall? From walking countless runways, nailing numerous editorials and generally rising in the ranks to become one of the world's most in-demand models, her ascent in 2015 is undeniable. She transitions seamlessly from off-duty, tomboy-inspired getups to skin-baring, evening-out ensembles, all the while looking very herself and solidifying her status as a fashion chameleon.

Bringing elegant edge to It-girl style, Zoë has stepped onto several red carpets this year wearing distinctly modern confections from Alexander Wang, Balenciaga and the like. With an acute attention to game-changing details in her garments, Zoë understands the right way to stand out from the rest of the fashion pack.

In a year spent promoting her films and attending award shows and major red-carpet events, the actress has proven her fashion prowess (not to mention come a long way from being "the girl in the 'Blurred Lines' video"). Oscillating between sexy and demure, Emily pulls off a range of looks with aplomb.

Perennially best-dressed, Diane exemplifies refined, sophisticated style that remains playful and forward-thinking across seasons. Never boring yet never too trendy, she has a preternatural understanding of which fashion boundaries to push.

When it comes to pregnancy style, no one does it better than Kim. She affirms the notion that showing off your bump can be incredibly elegant, and being with child certainly doesn't have to restrict your fashion choices.

While it's true that Lily is so gorgeous she could literally wear a paper bag and look flawless (and likely inspire legions of followers to do the same), she puts forth immaculate style on the streets and red carpets alike. No matter the occasion, we can always count on Lily to look on-point.

Another certified bombshell, Rosie is the poster child for effortless elegance. Her airport dressing formula alone is enough to crown her, but coupled with her overtly glamorous evening style, she's completely off the charts 24/7.

The Swedish actress made her mark on the fashion world this year, attending events in one head-turning Louis Vuitton look after another. Her aesthetic—minimalist elegance with bohemian sensibility—is striking yet never overstudied, a quality that has quickly catapulted her to It girl status.

With parents Johnny Depp and Vanessa Paradis, it's no surprise that Lily-Rose possesses such strong star power. Her looks are at once edgy and age-appropriate, a feat for any 16-year-old girl, let alone one in the spotlight.