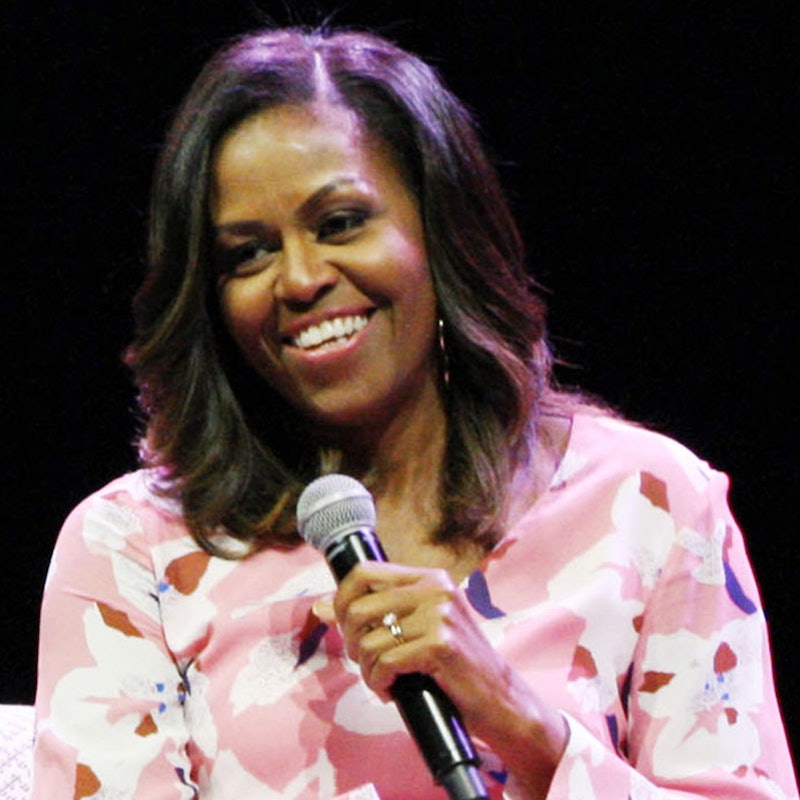 Michelle Obama has been nothing short of inspirational over the past eight years. From her heroic speech at the 2016 Democratic National Convention to her valiant championing of gender equality and female empowerment to her love story with President Obama, the former First Lady is the epitome of goals. While her political endeavors are hugely important, we’re also big fans of her expertise in another area: her wardrobe, of course. From her iconic Inaugural Ball gowns (both by Jason Wu) to her penchant for modern looks from up-and-coming designers, her masterful approach to style is second to none. And while we miss seeing her on the daily, we know she’ll continue to top our best-dressed lists for years to come.

Her most recent look is a case in point—a whimsical floral-print midi-length frock by Tanya Taylor that’s ideal for any body type. The V-neckline and cinched waist are figure-flattering while the long sleeves are ideal for those who are conscious of their arms. Here, see (and shop!) the versatile dress, plus peruse our favorite fashion moments from one of the most incredible First Ladies of all time.

At the Women’s Foundation of Colorado’s TogetHER conference, 2017

With An Alexander Wang Tote

In A Black Turtleneck And Beaded Dress

In A Blue Dress

In A Floral Dress

In A Black And Gold Metallic Dress

The Obama's dine at the Buckingham Palace in May 2011