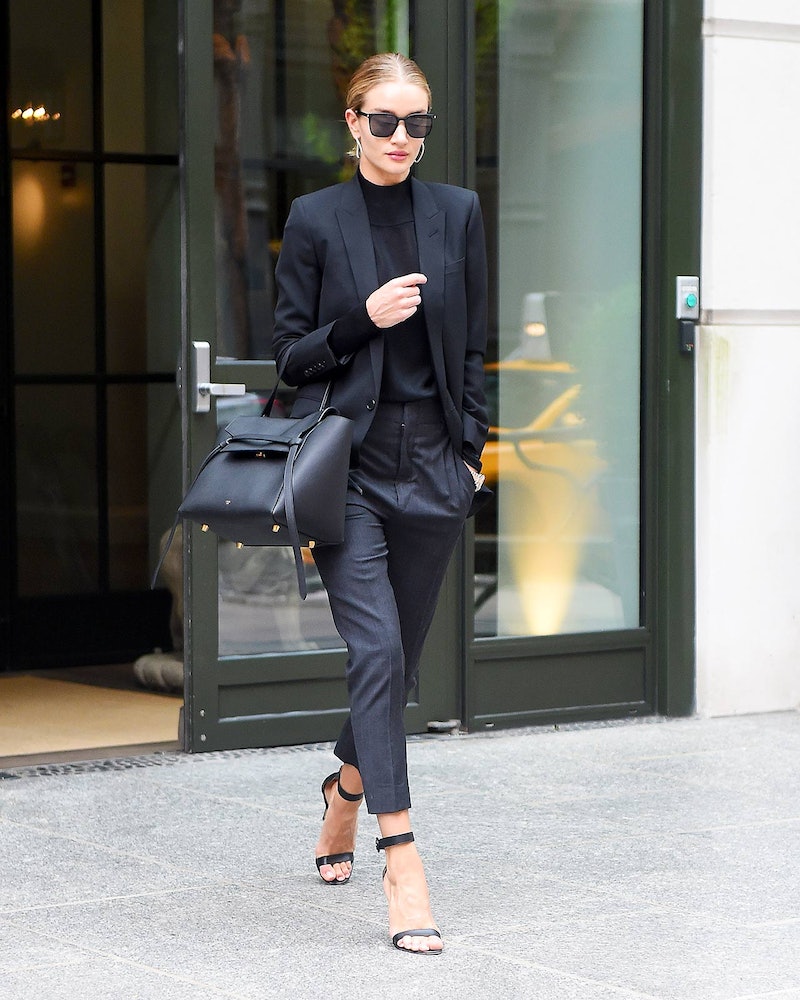 We love an LBD as much as the next girl, but let’s face it—sometimes the old faithful gets a tad boring. And though we’ll always appreciate an über-feminine confection when feeling romantic, there are moments that simply call for something different. Enter: a menswear-inspired ensemble, which remains a timeless choice on account of its decided versatility. Though a suit by basic definition can seem rudimentary, there are a variety of styling tricks and design variations that elevate it into unexpected territory. Here, eight times celebs made a case for ditching the girly dress to borrow from the boys instead.

Ruby tempers a sexy bustier top with high-waisted pants and a blazer draped over the shoulders.

Amandla's look includes all the makings of a modern suiting ensemble—an unexpected color and nuanced silhouette punctuated by edgy accessories.

Kendall balances printed, oversize separates with delicate lingerie. Re-create a less-daring take on her look by swapping the bra for a lace bodysuit.

In case you needed proof a tux can be ultra-glamorous, look no further than Alexa's opulent sequined ensemble.

The queen of unstudied cool, Rosie knows the instant polish of an all-black look. Finished with a sleek bun, leather tote and simple sandals, this equation is truly timeless.

For a more sultry take on the monochromatic look, make like Olivia and wear a blazer as a top—just don't forget your pasties and Topstick.

Karlie's sophisticated daytime ensemble proves that ladylike elegance and sportswear ease aren't mutually exclusive. Her cropped trousers and simple sneakers are pulled together by the power of a prim blazer.