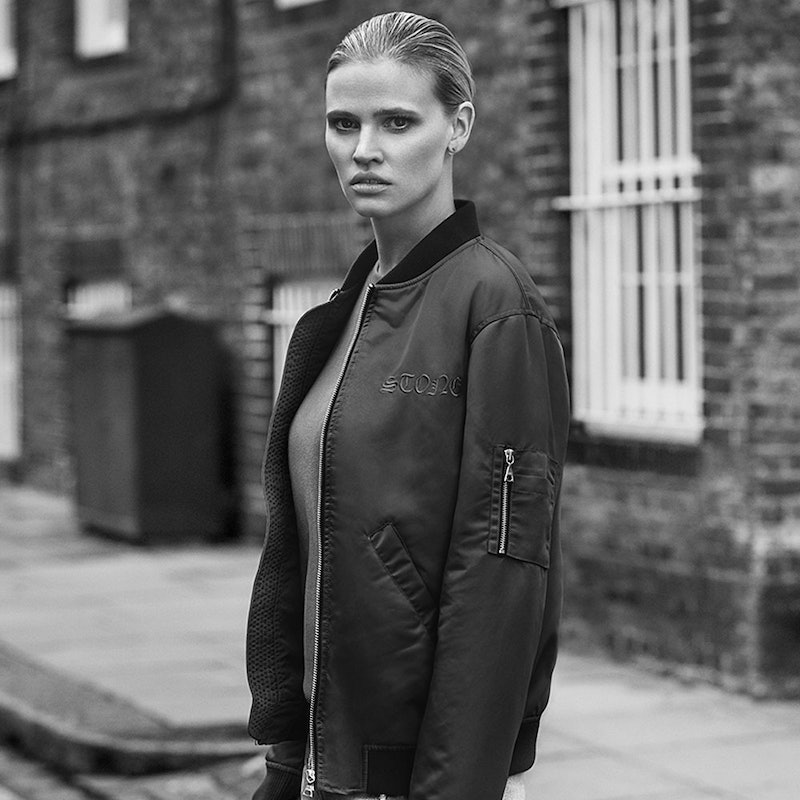 She’s graced high-fashion runways like Balmain and Chanel, starred in top campaigns including Calvin Klein and Givenchy, made a name for herself as a modern-day Brigitte Bardot and covered almost every international edition of Vogue. Lara Stone is the Wonder Woman of the modeling world, and now she’s ready to add another hyphen to her title: fashion designer. The Dutch model just launched a nine-piece collection with Frame, the denim brand that formerly collaborated with Karlie Kloss, and it represents everything we know about 2016’s coveted model-off-duty style. From boyfriend jeans to bomber jackets, the capsule is part-athleisure, part-edgy. (Some hoodies are emblazoned with gothic typography that spell out “Livid Lara.”) Her working title? “If you ain’t Dutch, you ain’t much.” With prices between $179 and $349, these pieces are guaranteed to go quick. Shop the collection here.