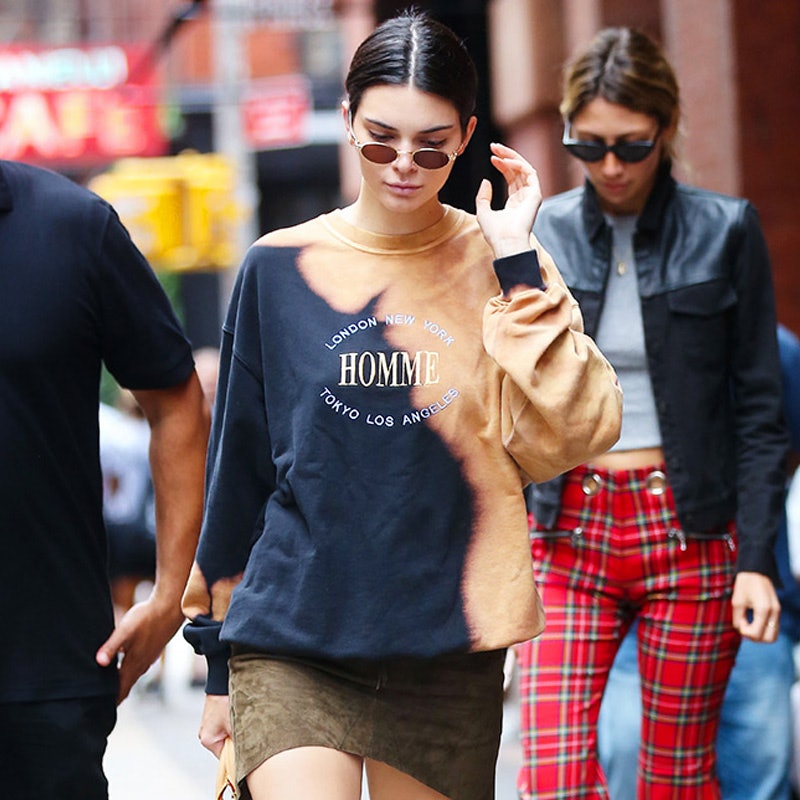 In a season teeming with ’90s comebacks from button-front dresses to sideswept bangs, it’s no surprise celebrities are looking to decades past for modern-day style inspiration. The latest A-lister to launch a revival: Kendall Jenner. The supermodel was spotted on the streets of New York City carrying her Louis Vuitton Alma BB handbag—not once, not twice, but three times this week alone. The French fashion house introduced the miniature purse (with its signature monogrammed canvas print, padlock and adjustable strap) in 1934, and it’s managed to maintain OG status without getting a remodel, unlike other LV bags under creative director Nicolas Ghesquière. Although Kendall’s bank account can certainly handle an unlimited number of designer handbags, she’s chosen to don the Alma everywhere from BFF Gigi Hadid’s apartment to the gym. That’s one way—or three—to rock an old-school trend.