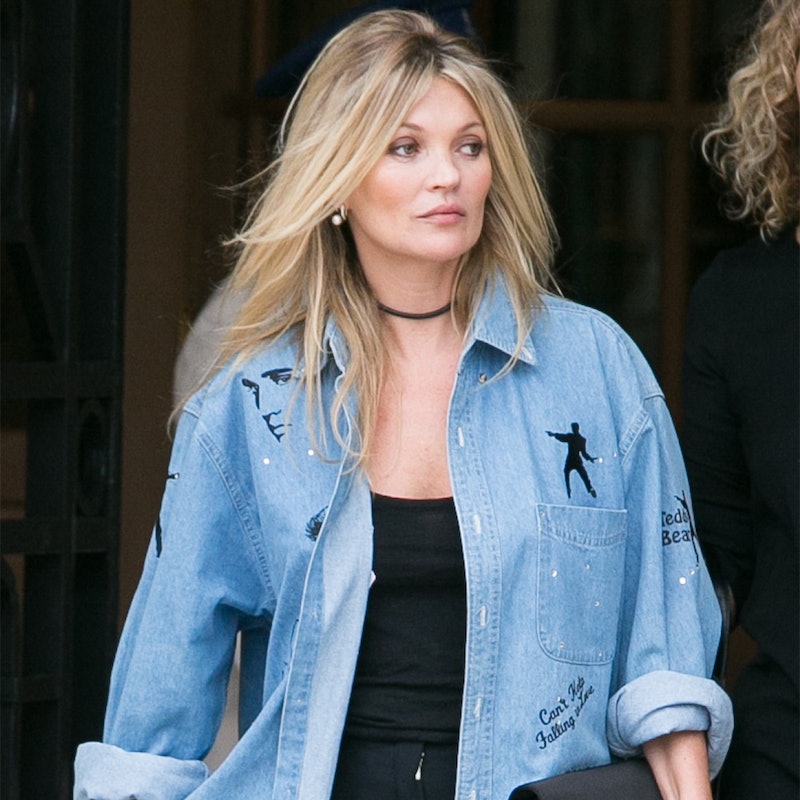 When Kate Moss was caught wearing an Elvis Presley-motif denim shirt at Paris Fashion Week in September, fan girls everywhere were naturally curious about her fashion choice—after all, everyone was dressed to the nines in designer pieces, anticipating paparazzi (a.k.a. street style photographers). But it turns out the supermodel’s button-down could’ve been a hint to a project she’s working on—that is, her appearance in the promo film for the King of Rock ‘n’ Roll’s The Wonder of You album released in October. While no details have been shared on her role, we do know that Kate is a veteran music video star, having collaborated with Elton John, Massive Attack and The White Stripes, among other famed performers. When it comes to the King himself, we’re eager to see whether his signature embellished white jumpsuits and pompadours will make an appearance in the video (it’s set to release just in time for Christmas).