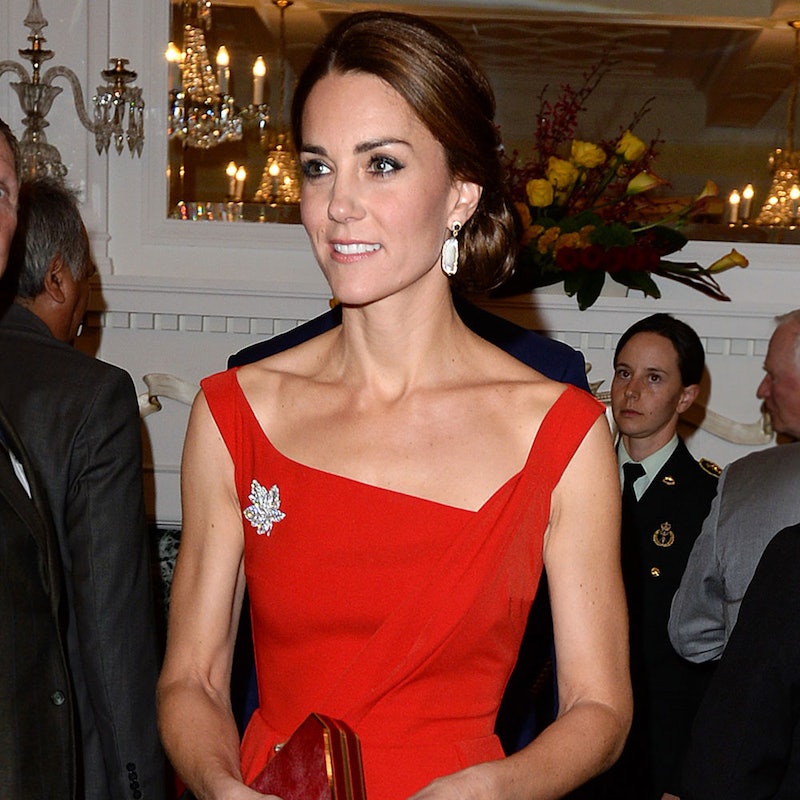 It’s not often that she whips out a family heirloom, but for a state banquet at Buckingham Palace, Kate Middleton dug into the royal treasure trove for a real-life princess moment. The Duchess of Cambridge paired her pale pink Marchesa dress with a headpiece that once belonged to the one and only Princess Diana. The diamond-and-pearl encrusted Cambridge Lover’s Knot tiara was reportedly one of her late mother-in-law’s favorites—as well as one of the most famous—among the antiques in the British royal family’s collection. (Kate’s homage to Diana marks only the third time she’s been spotted in the tiara, following the annual Diplomatic Reception last year and in 2015.) However, it was not the only royal item Kate borrowed for the evening; her ruby and diamond necklace and earrings set happened to be a wedding gift Queen Elizabeth received from her parents. How’s that for a regal hand-me-down?