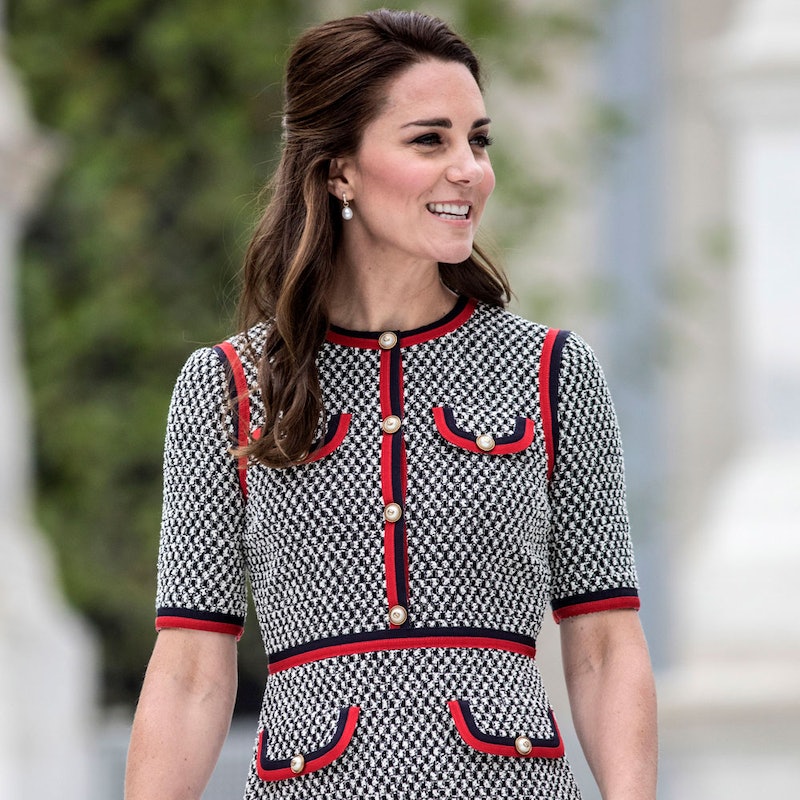 Among the (very few) things that make Kate Middleton relatable is her penchant for wardrobe repeats. From an iconic Alexander McQueen coat dress to her trusty pair of Superga sneakers, the Duchess of Cambridge is no stranger to recycling closet staples—and her latest charity gala appearance proves this point yet again ... and then some.

Kate stepped out in a Diane von Furstenberg gown that she was first photographed wearing back in 2014. (She was pregnant with Princess Charlotte at the time.) But that's not all....

The black lace number is also a version of a dress Meghan Markle, aka potential sister-in-law, donned at a USA network event in 2012. Although the latter's iteration was navy and cropped above the knee, it just goes to show these two share a similar fashion sense—and perhaps a royal home in the foreseeable future.