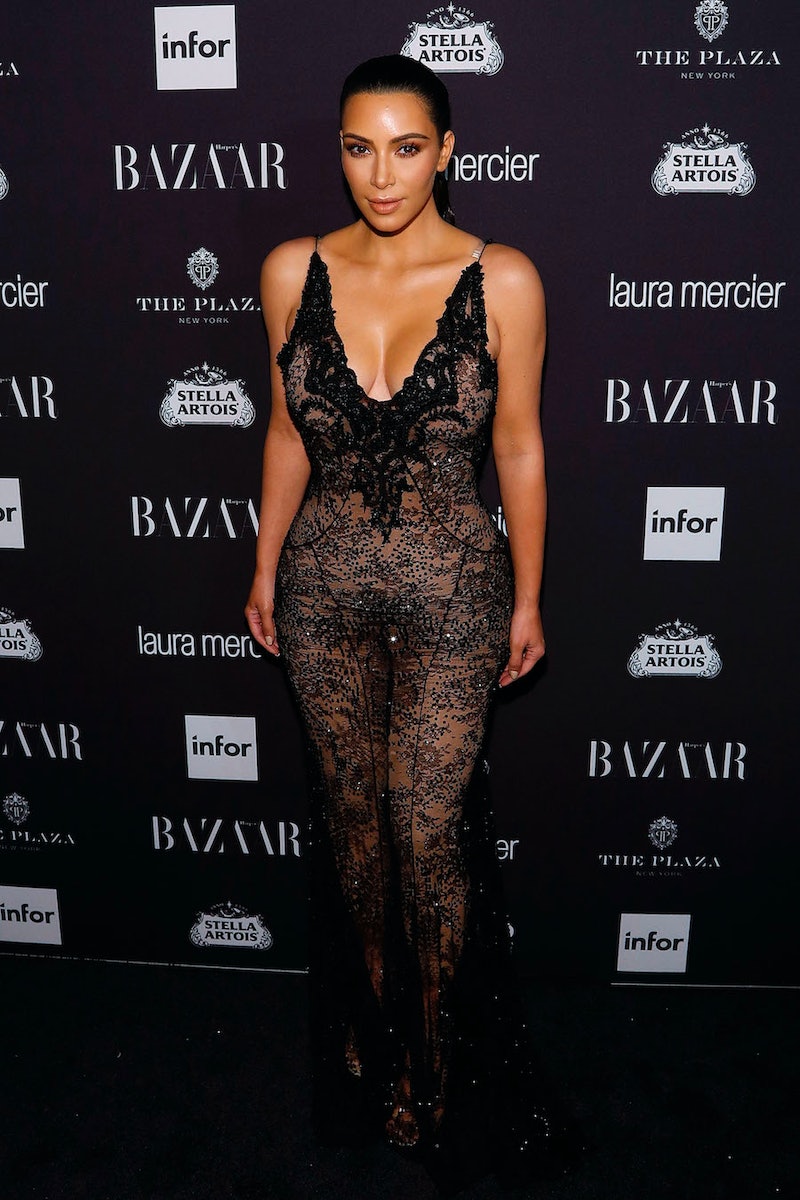 Last night marked the third annual Harper’s Bazaar Icons event, held at the Plaza Hotel in New York City, and the red carpet was a feast for the eyes. Paying tribute to host Carine Roitfeld’s sexy style, attendees brought their A-game in ensembles that were the perfect balance of sexy and chic. Ahead, five looks from the soirée that prove evening wear doesn’t have to be stuffy.

Poly's sheer lavender look stood out in a sea of black.

The Vogue covergirl made her mark in an off-shoulder Marchesa gown.

Ratajkowski assumed the boldest look of the night in a glittering Julien Macdonald dress with an oh-so-steep neckline. You can find our jaws on the floor.