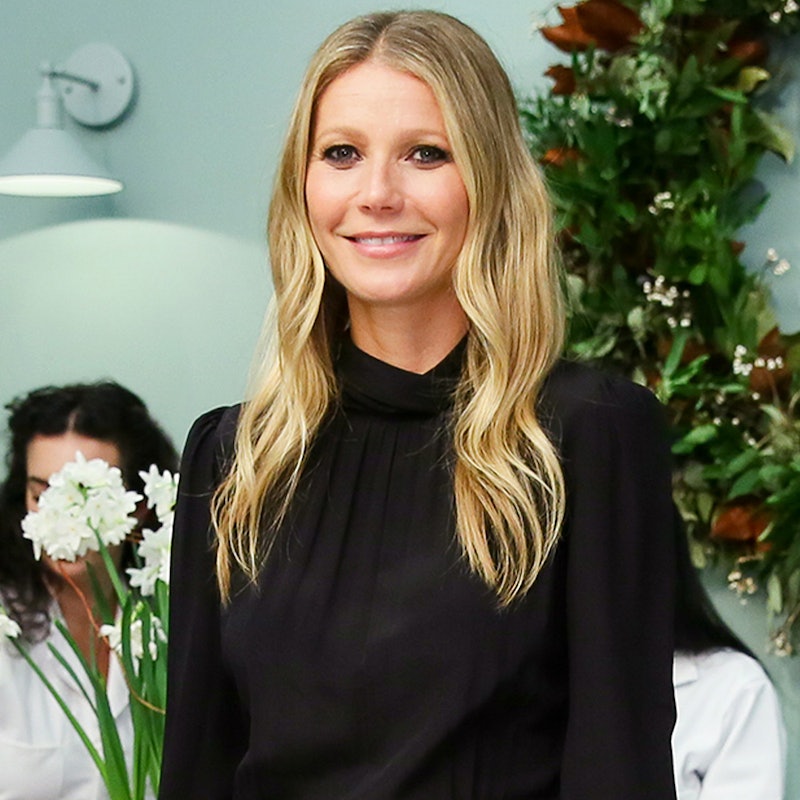 Gwyneth Paltrow consistently projects polish, whether she’s wearing an $18 pair of H&M leggings or a couture Valentino creation. With a preternatural ability to show off her enviable physique in an age-appropriate manner, the actress and Goop founder frequently reaches for fitted minis, tailored separates and flowing gowns. (And we’ll never forget her iconic Calvin Klein sequined slip dress while on the arm of Brad Pitt at the 1996 Oscars, to which she gave a subtle nod at this year’s Met Gala in a design by Raf Simons for Calvin Klein.)

She’s also one to expertly embrace the tried-and-true combination of head-to-toe black via a high-neck blouse and wide-leg trousers by Goop Label. The pairing is universally flattering on every body type and a fail-safe option when you’re rushing out the door. While her exact pieces won’t be available to shop until next week, we found similar affordable items to recreate her look. Ahead, see and shop the GP’s all-black outfit, then continue on for more inspiration as we recount her best looks to date.

At the Goop x Cadillac Road to Table Dinner in Los Angeles, 2016

In White Culottes, A Striped Top And Navy Heels

At the Cannes Lions Festival, 2016

At the Hollywood Reporter and Jimmy Choo Stylists' Dinner at Sunset Tower, 2016

In A Stella McCartney Dress And Laurence Dacade Boots

At the amfAR Inspiration Gala in Los Angeles, 2015

In A Schiaparelli Gown, Casadei Shoes And David Webb Jewelry

At the 25th Annual EMA Awards

At the Variety Power of Women luncheon, 2015

In A By Ti Mo Dress And Paul Andrew Sandals

In 3.1 Phillip Lim Boots And A Céline Bag

In Thakoon Shorts, 3.1 Phillip Lim Boots And A Céline Bag

In Calvin Klein With Brad Pitt