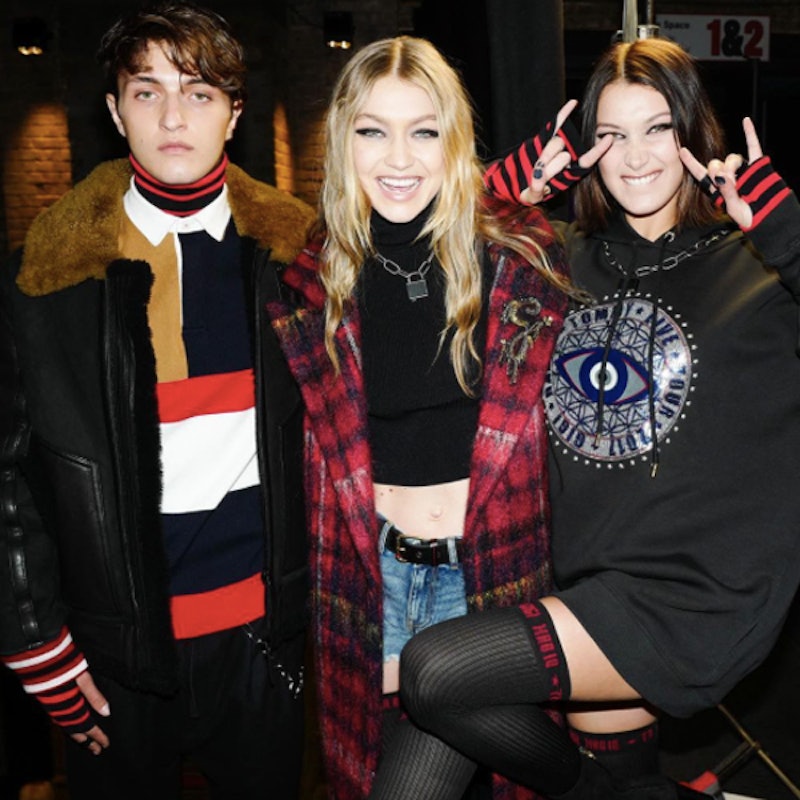 We’re all about celebrity family reunions, and when they happen at a major London Fashion Week show, we’re essentially getting the best of both worlds. That’s exactly what we were treated to yesterday when not one, not two, but three Hadids walked the Tommy Hilfiger x Gigi Hadid runway for their very first sibling appearance during fashion week. Donning a floor-sweeping tartan coat and distressed denim from the designer’s fall collection, Gigi led the rock-circus show followed by sister Bella and brother Anwar—literally in the order of their birth. The trio’s runway domination clearly made for a social-media-worthy moment, with mother Yolanda cheering on her kids from the sidelines. Just look at their back-to-back entrance: