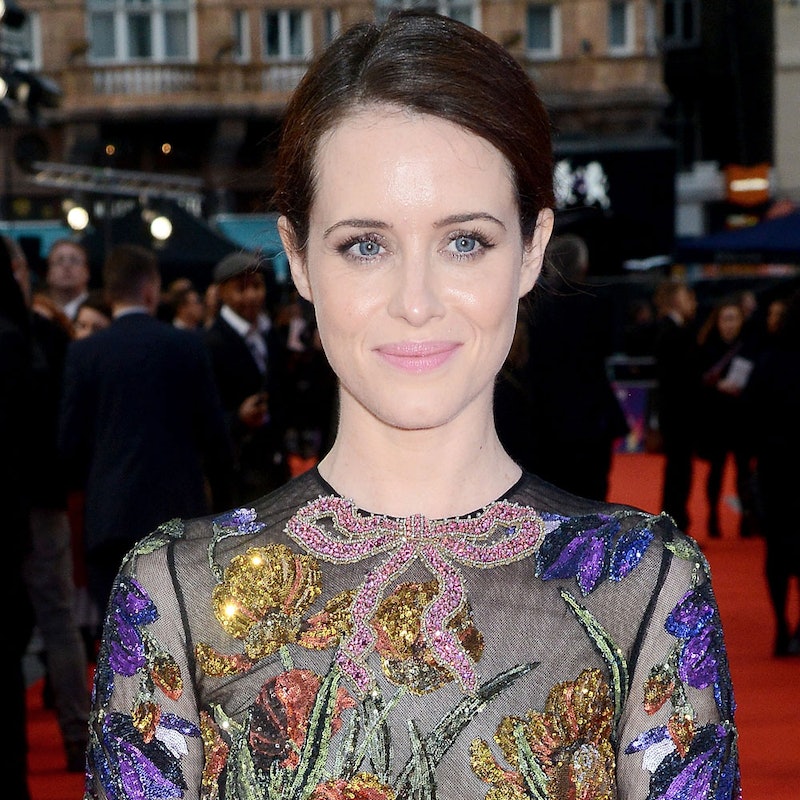 Since landing her role as Queen Elizabeth II on The Crown, Claire Foy has made a colorful mark on the fashion scene. In a quintessentially British move, the actress frequently dons London-based designers, favoring ladylike silhouettes in poppy prints with prim flourishes. For her latest, she graced the red carpet in a glittering gown by Gucci, inexplicably making the long-sleeved embellished creation appear positively effortless. Here, witness the showstopper. Then, continue on for our favorite looks so far from the up-and-coming star.

At the European premiere of Breathe, opening night gala of the 61st BFI London Film Festival, 2017

At the Screen Actors Guild Awards, 2017

In A Black Top And Floral Skirt

At the Entertainment Weekly pre-SAG party, 2017

At the world premiere of The Crown in London, 2016