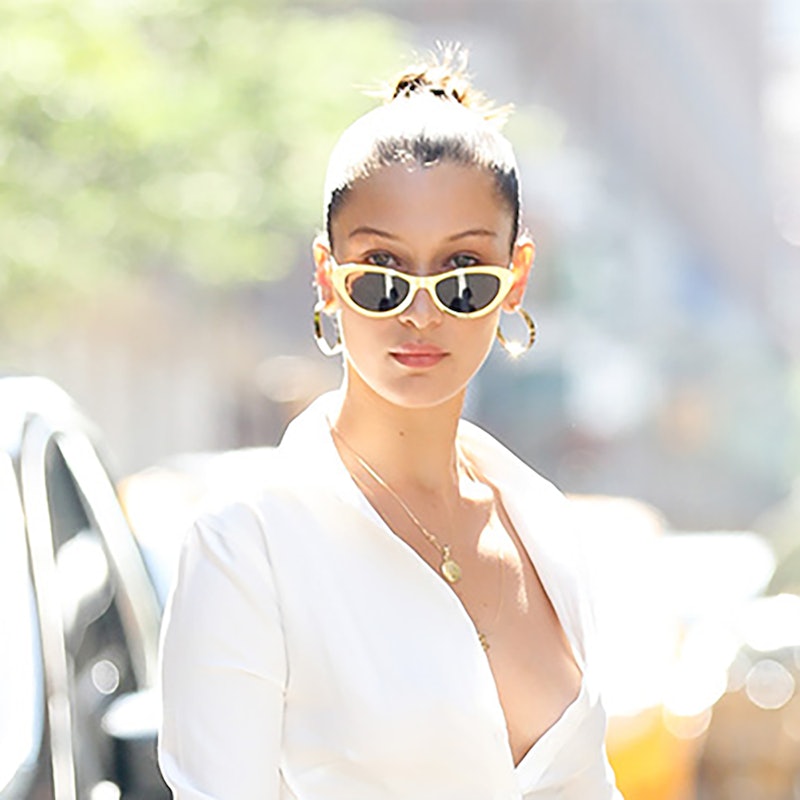 We all know that if you really love an item, you wear it on repeat. This summer, this is the case for sunglasses, as celebrities from Gigi and Bella Hadid to Kendall Jenner are guilty of wearing the same shades over and over—and we totally relate. Not only do we appreciate the “celebrities, they’re just like us” moment but we’re keen to shop their exact styles, like teeny metal frames, colored lenses and sharp cat-eyes. These gals are even donning styles that aren’t insanely costly, from Adam Selman’s highly sought-after collaboration with Le Specs to Gigi’s new collection with Vogue Eyewear. Here, shop the trendy sunnies celebrities love—plus a few similar styles we included if under $50 is more your price range.