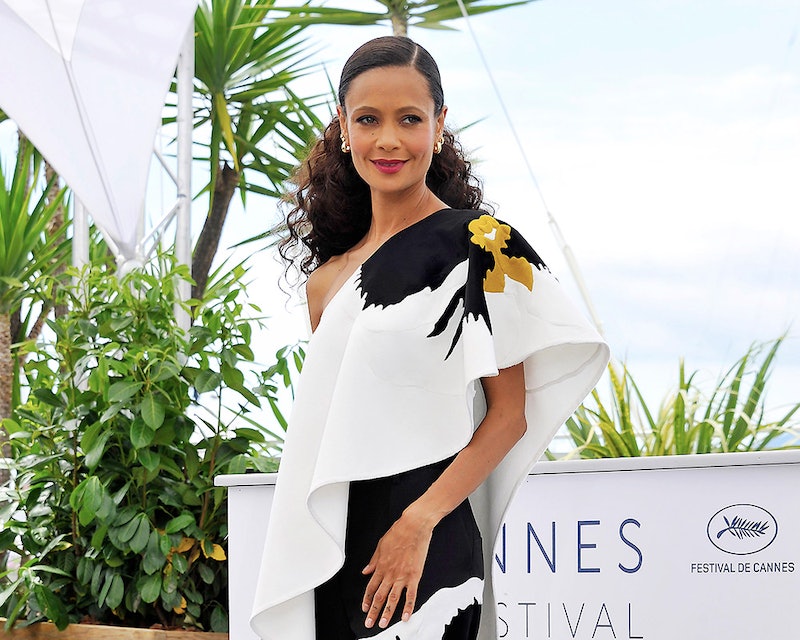 Bella Hadid in Elie Saab at the Blackkklansman premiere.

Kicking off the 71st Cannes Film Festival in France, president of the jury, Cate Blanchett, opted for a rose-colored Stella McCartney suit with Aquazzura pumps. Striking the perfect sartorial balance between femininity and strength, the selection echoed the no-BS tone she set when talking to reporters.

The model graced the red carpet in a pleated style by Alberta Ferretti and heeled Aquazzura sandals.

The Australian actress opted for a high-necked, lace Giorgio Armani gown that she also wore to the 2014 Golden Globes.

The actress donned Chanel Couture (with pockets!) for the opening gala.

The jury member and Chanel ambassador wore a midi-length Chanel dress for the opening gala.

The jury member changed into a diaphanous Dior column with feather and bead embellishments for the opening gala carpet.

Proving that icey hues are having a major moment at the festival, Penelope Cruz chose a tiered Chanel Couture gown.

Carey Mulligan wears a Dior column with a carwash-style hem and sapphire drop earrings to a photocall.

Amidst the release of pictures showing her reconnecting with The Weeknd, Bella stepped onto the carpet for the screening of Ash is Purest White in a dusty pink strapless Dior gown and regal diamond necklace.

The stunning Mary Katrantzou gown worn by Cate Blanchett to the premiere of Cold War reportedly took six months to make and was inspired by childhood nostalgia.

Kristen Stewart donned an embellished silver mini dress by Chanel on the carpet (and also removed her heeled Louboutins, in the face of the festival's strict high heel policy).

Cate Blanchett opted for a backless, long-sleeved tiered rainbow gown by Givenchy, adding a jolt of color to a rainy day on the carpet.

In a stunning, peach Louis Vuitton column dress at the Blackkklansman premiere.

Kruger stepped out in a Dolce & Gabbana set for the Dior dinner.

Lupita donned a princess pink Dior gown for the premiere of Sorry, Angel.

The winner of last year's Best Actress award at the festival opted for a regal Prada gown with emerald straps for the Chopard Trophy event.

Bella Hadid in Dior at the Dior dinner.

Naomi Campbell at the Fashion for Relief Gala.

Kendall Jenner in Nicholas Jebran at the Fashion for Relief Gala.

Bella Hadid at the Fashion for Relief Gala.

Naomi Campbell in Poiret at the Blackkklansman premiere.

Cate Blanchett in Armani Privé at the Trophée Chopard.

Kendall Jenner in Schiaparelli at the screening of Girls Of The Sun.

Emilia Clarke in Dior at the premiere of Solo: A Star Wars Story.

In Valentino at the Solo: A Star Wars Story photo call.

In Roberto Cavalli at the premiere of Solo: A Star Wars Story.

In Labourjoisie at the De Grisogono party.

In Vivienne Westwood at the premiere of Solo: A Star Wars Story.

In Louis Vuitton at the premiere of Solo: A Star Wars Story.

In Chanel at the Women In Motion Awards Dinner.

In Jean Louis Sabaji at the premiere of Solo: A Star Wars Story.

In Ashi Studio at the premiere of Burning.

In Chanel at the premiere of Sink Or Swim.

In Alberta Ferretti at the premiere of Burning.

In Giorgio Armani at the premiere of Three Faces.

In Adam Selman at the photo call for Angel Face.