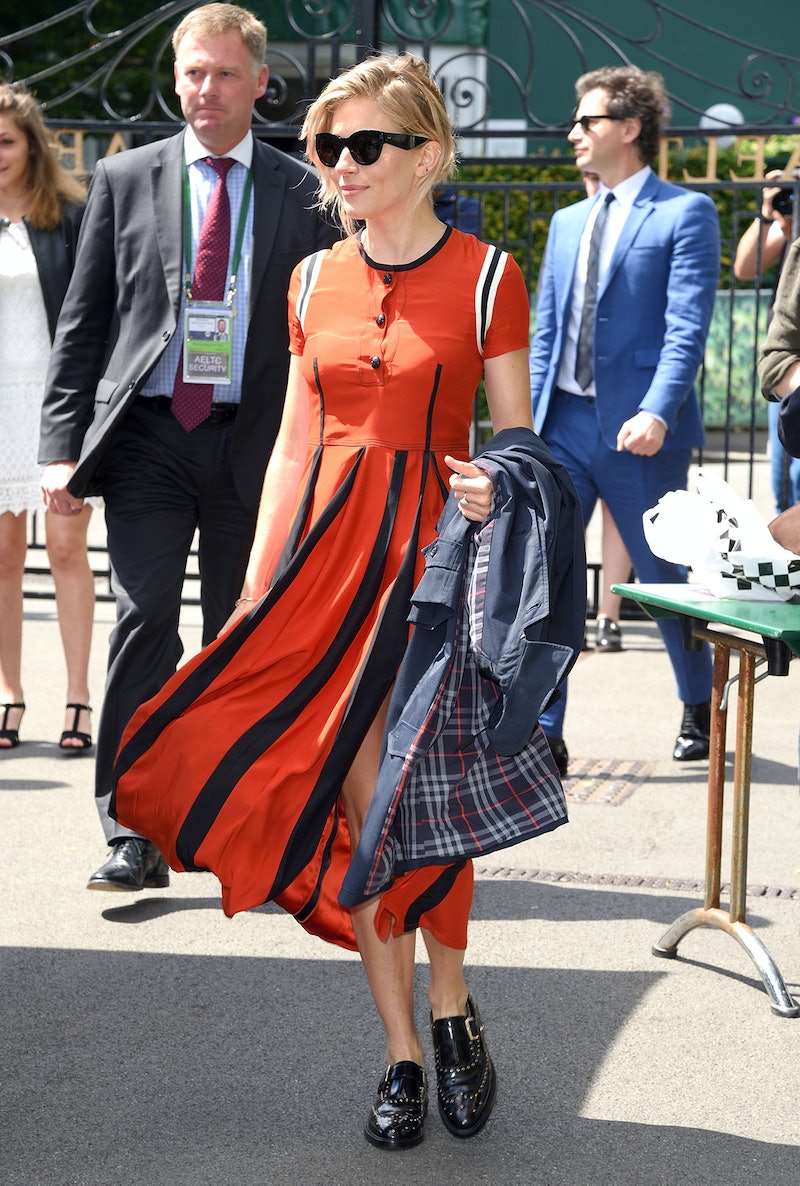 While couture week was going down in Paris, Wimbledon was in full swing—and still is—in London. It’s been an eventful spectacle per usual: In typical fashion, the Williams sisters have been owning the court and celebrities have turned out abundance—Anna Wintour even had an epic encounter with David Beckham (and Bradley Cooper) in the stands. Some in their version of tennis whites, others in bold color, the A-list crowd’s spectator style has been, above all, preppy chic in the best way. Here, the six looks topping our best-dressed list.

In Celine and Givenchy.