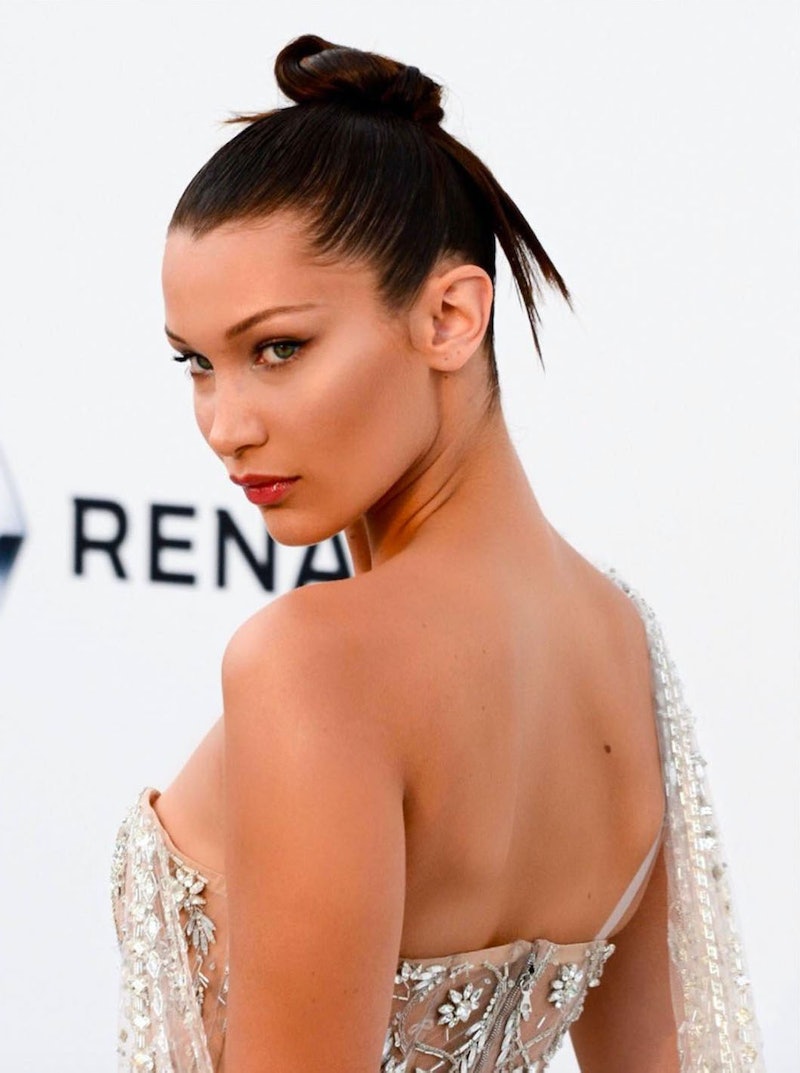 Looks like Zayn Malik has appointed another Hadid as his leading lady—professionally speaking, of course. Over the weekend, the singer and former One Directioner gave fans a sneak peek of his brand-spankin’ new Zayn x Versus Versace collab on Twitter, with an image of Bella Hadid (who obviously happens to be the sister of his girlfriend, Gigi) decked out in the line’s threads. In the pics, Bella wore a coordinating, rich-purple suit that consisted of a sports bra, track pants and jacket. True to form, the seasoned model and trend-setter managed to make the otherwise sporty and casual ensemble look instantly upscale—no wonder Zayn enlisted her help. The preview also featured the popstar himself in a chic hunter-green utility jacket from his new collection. So far, we’re loving what we’re seeing from this fresh collab and look forward to scoping it out in its entirety. (And we wouldn’t be surprised if Zayn’s real-life lady-love, Gigi, made an appearance in her BF’s new duds.)