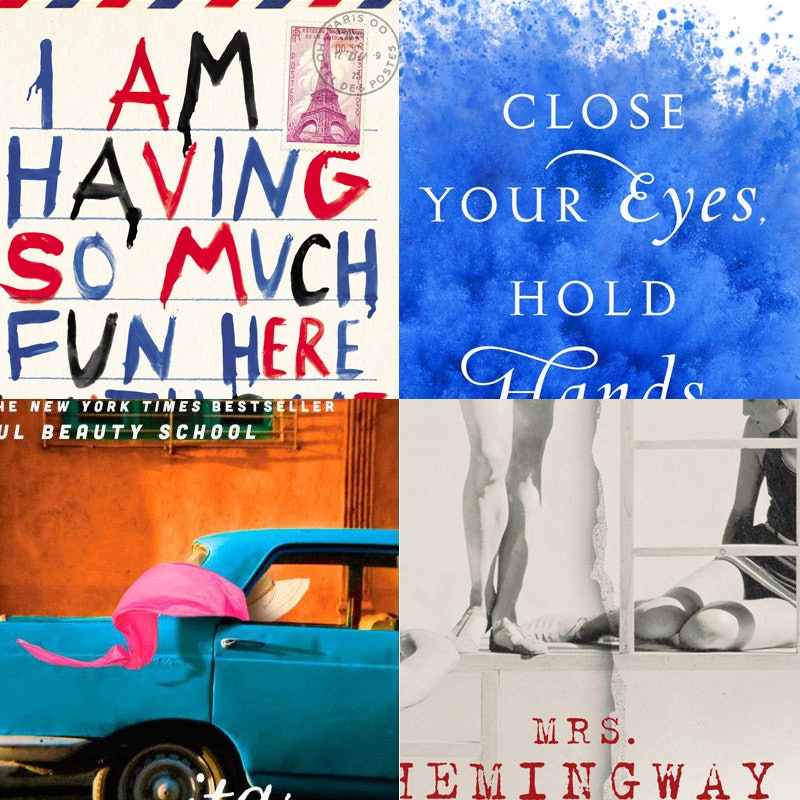 After you’ve stuffed your beach bag with a caftan, sunscreen and a wide-brimmed hat, don’t forget one more crucial inclusion—a great book! Whether you prefer an electronic edition or classic hard copy, these new tomes, ranging from guilty pleasure chick lit to necessary nonfiction and futuristic figments, will take your summertime escapades to the next level. Ready, set, read!

Most Likely To Make You Quit Your Day Job

With the turn of the 20th century as a backdrop, Russian transplant and orphan Malka Treynovsky comes of age touring America in an ice cream truck.

Most Likely To Make You Put Your Account On Private

Penned by the former editor of Cosmpolitan, this suspense thriller follows media mainstay Robin Trainer as she fends off serious threats from an unidentified stalker.

Most Likely To Make You Care About Baseball

Most Likely To Make You Call Your Grandma

When eighteen-year-old Abbie Sternberg learns her grandmother is being exploited via Abbie's mother's blog, she intervenes with a kidnapping.

Most Likely To Stir Up Dinner Party Conversation

Adding to the will-she-or-won't-she speculation, this behind-the-scenes account from the former Secretary of States gives a glimpse into the four years she served on President Barack Obama's administration.

Most Likely To Make You Take Up A Second Language

This follow-up memoir recounts Deborah Rodriguez's journey in a fully-packed Mini Cooper to Mexico, where she starts a new life.

Most Likely To Make You Believe In Second Chances

After straying in his marriage, successful British artist Richard Haddon endeavors to win back his wife.

Most Likely To Make You Revisit A Classic

Inspired by real letters and telegrams, author Naomi Wood imagines how it was to be each of the four women who were married to Ernest Hemingway.

Jennifer Weiner
All Fall Down
$20

Most Likely To Make You Question Your Doctor

Despite a life that looks perfect on paper, Allison Weiss suffers from a prescription pill addiction that she tries to pull out of in Jennifer Weiner's latest page-turner.

Nellie Bennett
Only In Spain: A Foot-Stomping, Firecracker of a Memoir about Food, Flamenco, and Falling in Love
$10

Most Likely To Make You Take Up Flamenco

Nellie Bennett relocates from Sydney to Seville where she dances into a series of romances before discovering her one true love: Spain.

Most Likely To Evoke Your Babysitting Days

Set in 1980's London, this charming read tours the misadventures of 20-year-old nanny Nina Stibbe via letters she writes to her sister.

Most Likely To Sway You Against Global Warming

Following the catastrophic collapse of her father's nuclear plant, teenager Emily Shepard creates a new identiy for herself and commences a life on the run.

Genevieve Valentine
The Girls At The Kingfisher Club
$18

Most Likely To Make You Bust Out Your Flapper Dress

During the Jazz Age, Jo Hamilton and her eleven sisters escape their father's oppression by going to the Kingfisher club.

Most Likely To Make You Unplug

A technology thriller set in the dystopian future, The Word Exchange chronicles Anana Johnson's journey to find her missing father.

Jen Doll
Save The Date: The Occasional Mortifications of a Serial Wedding Guest
$20

Most Likely To Make You Elope

Eternally a wedding guest, Jen Doll navigates a series of nuptials to unveil modern relationships in this fresh memoir.