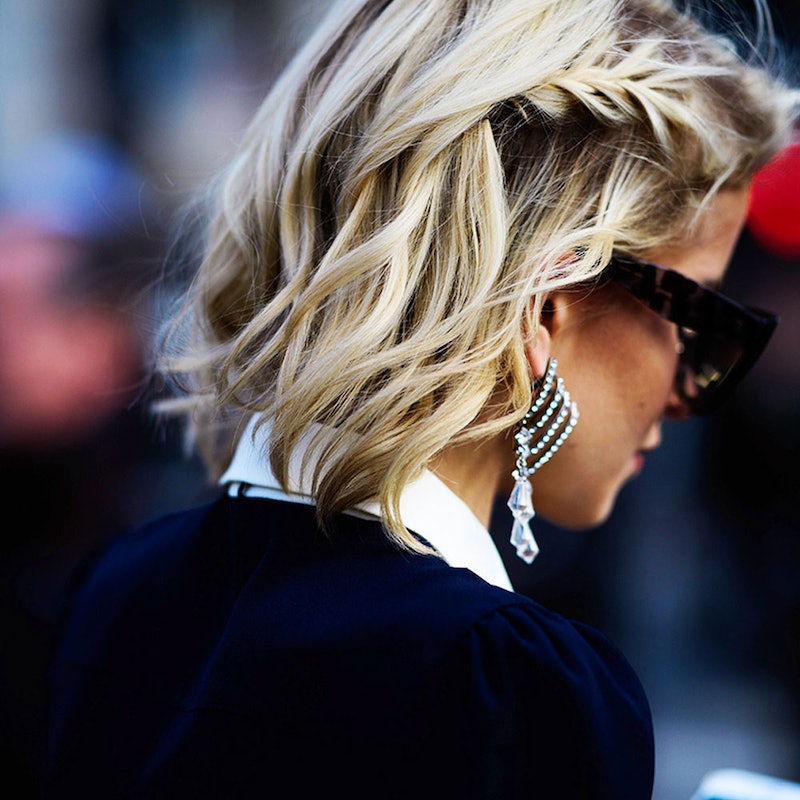 If you had $57.4 million, how would you spend it? For this editor, that money would definitely go toward paying off student loans and credit card debt—then, home purchases for every family member, including cousins twice removed. But for one anonymous buyer, that ridiculous amount of cash was best spent on a pair of mismatched earrings that have now earned the title of the world’s most expensive earrings sold at auction. (Casual.) Named after twin Greek gods Apollo and Artemis, the blue and pink pear-shaped diamonds were separately sold to one buyer last night at Sotheby’s for more than $42 million and $15 million respectively. At 14.54 carats, the blue gem has a rare grade of IIb, which accounts for just 1% of diamonds in the world, and the 16-carat pink gem is labeled “the most chemically pure” of its kind, with a IIa classification. Just take a look at these beauties. Sigh.