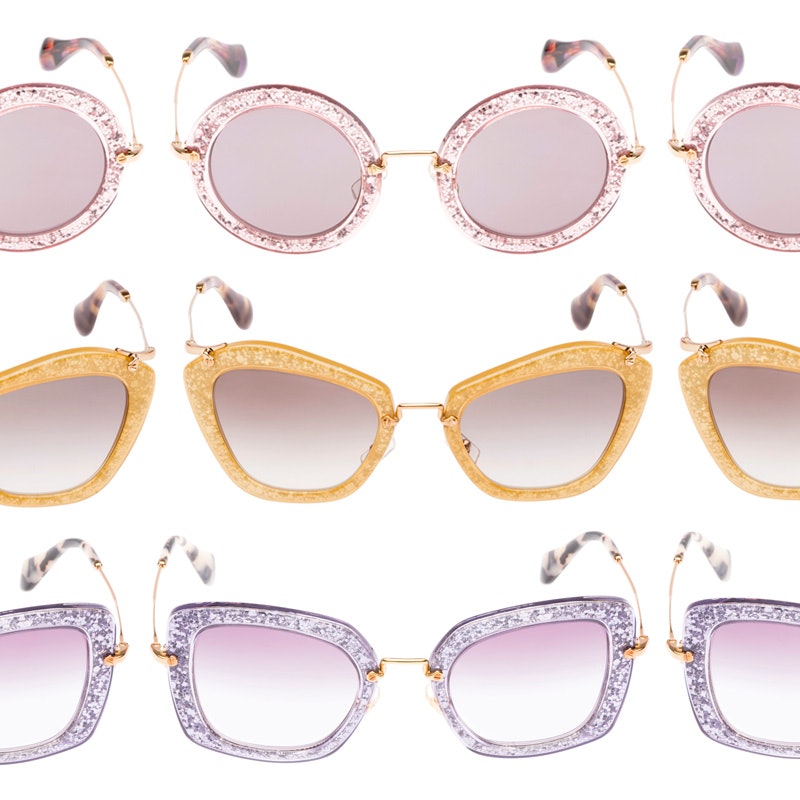 Move over, Elton John! We plan on wearing these new shimmery specs everywhere this summer. Miuccia Prada wrote the book on quirky style, so its not shocking that she’s managed to make glitter look glamorous rather than garish, thanks in large part to the classic shape of the frames (some of which are available now, the rest go on sale in mid-july and range from $340-$390). Keep the rest of your outfit simple, we’re pretty sure these guys don’t like sharing the spotlight.

The biggest statement of the bunch, these forties frames are worth their weight in gold. Literally.

These are a great muted shade of gray.

Picture these with a pale blue chiffon sundress.

At first glance these look like a light tortoiseshell, which makes them almost blend into the crowd. Almost.