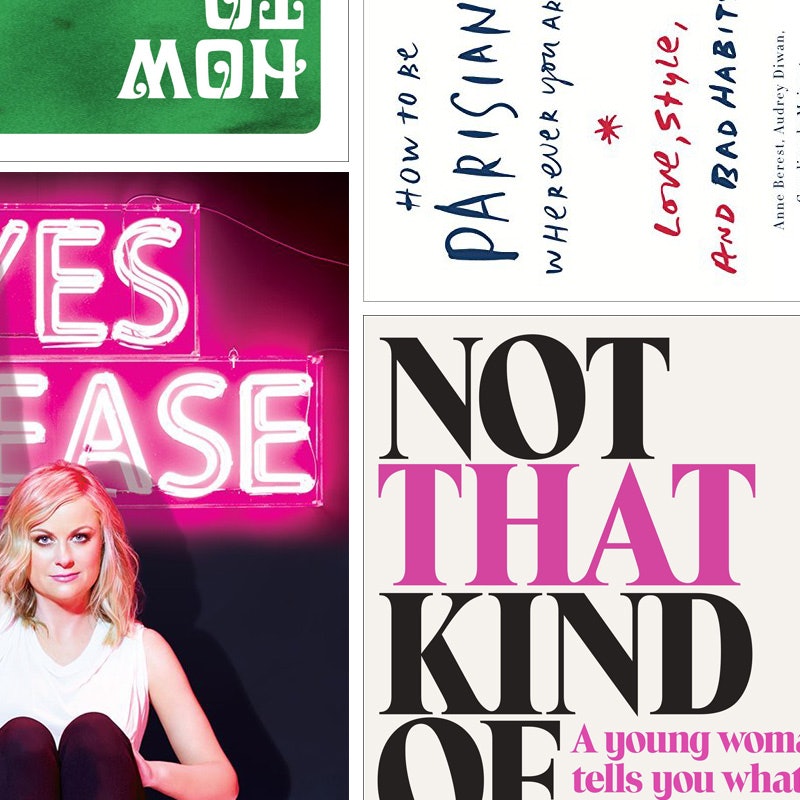 Now that the fall chill has finally started to set in around most of the country (unless you’re with us in LA suffering through an unseasonable heatwave), it’s time to start digging into a few of the best reads of 2014. From Amy Poehler’s wildly anticipated literary debut to the latest nail-biter from David Mitchell, this carefully curated selection of recent releases is the perfect escape from a frigid day, a sudden snowfall or—let’s be honest—your boyfriend’s football obsession. Now curl up with a cozy throw or, better yet, a yummy blanket coat, and get ready to plow through these must-reads.

You'll LOL Till It Hurts

Following in the footsteps of fellow comedienne pal Tina Fey, Amy Poehler pens her first collection of side-splittingly funny accounts of love, friendship and being a mom. Available October 28.

You'll Devour It In One Sitting

The 6th novel from award-winning novelist David Mitchell (the man responsible for book-to-film gem Cloud Atlas) follows the life events of its heroine while seamlessly incorporating characters from his past works.

You'll Never Look At Mommy & Me Classes The Same Way

A scandalous (yet downright hilarious) portrayal of small-town “mommy culture” where murder and all sorts of debauchery are par for the course.

Lena Dunham
Not That Kind of Girl: A Young Woman Tells You What She’s “Learned”
$18

The bona-fide “voice of a generation”, aka Lena Dunham, shares her gloriously witty musings on hypochondria, boys and the pressures of having it all by the tender age of 25. Available September 30.

Anne Berest, Audrey Diwan, Caroline de Maigret, and Sophie Mas
How To Be Parisian Wherever You Are
$16

You'll Want To Be French—Even More Than You Already Do

Caroline de Maigret is hands-down one of the most emulated French chicks on the street-style scene. Here, she enlists the help of other notable Parisiennes (Anne Berest, Audrey Diwan, Sophie Mas) to enlighten the rest of us on the merits of shunning sartorial perfection, always being up for romance and more morsels of fabulous French wisdom.

You Won't Be Able To Stop Thinking About This One

Travel back in time to post-WWI London where one family is trying to adjust to change while simultaneously attempting to maintain the painfully archaic social norms of the times. Oh, and expect a few steamy love scenes to spice things up.

Caitlin Moran
How To Build A Girl
$18

You'll Be Happy You're No Longer A Teenager

After enduring a particularly cringe-worthy and very public humiliation, Johanna does something most teenage girls have imagined doing at some point or another: She starts over as an entirely new person of her own invention. Predictably, hijinks ensue.

You'll Want To Have Tissues Nearby

Life-changing decisions and their aftermath are a common theme for Ian McEwan (Atonement, anyone?). In his latest work, the main character is faced with a literal life-or-death decision that comes with some truly unexpected consequences.

You'll Want To Hug Your BFF

Growing up is hard to do. Emily Gould’s hilarious debut novel follows two friends who are dealing with adult life struggles and possibly growing out of their friendship.