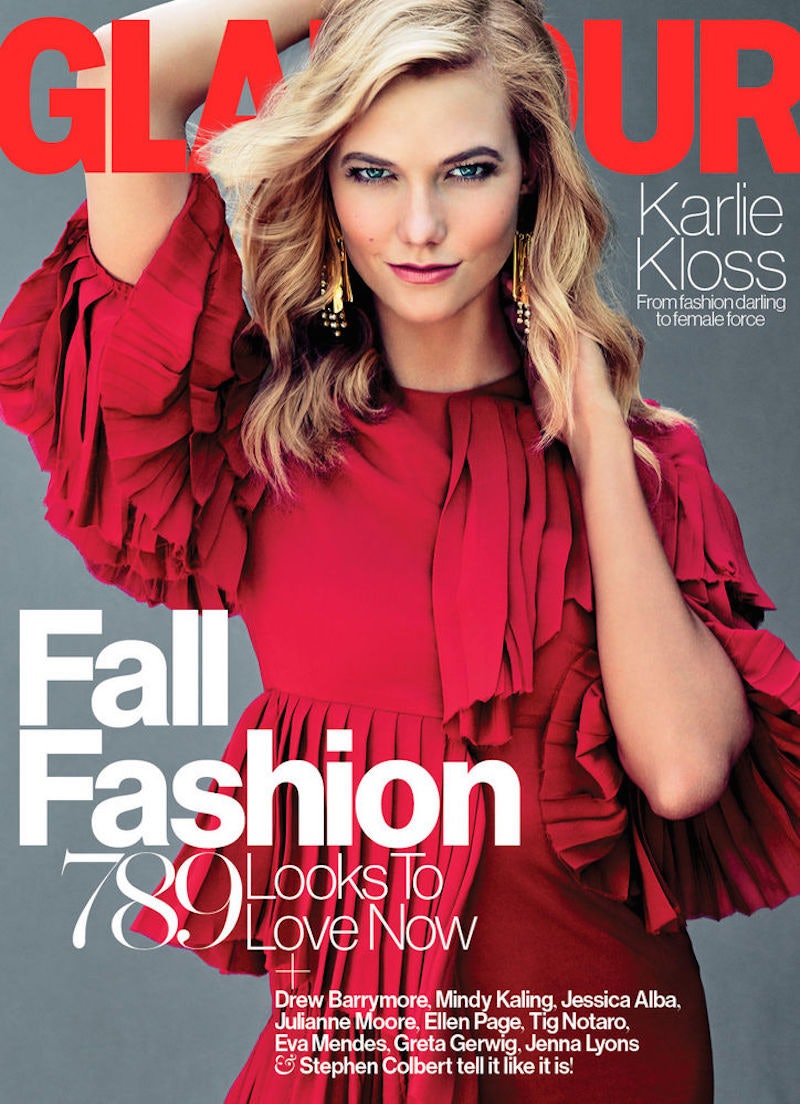 From the gorgeous up-to-there boots selling out in stores and the talk of Fashion Week plans to the newsstands filling up with back-breaking, ultra-tempting September issues, any fashion girl will tell you: Fall is officially near. While we’re still waiting to see who landed the September covers of style bibles like Vogue and Elle, several others let the cat out of the bag this week—and let’s just say, they’re setting the bar high. Here, five fall issues we can hardly wait to pick up.

The Cover: Karlie Kloss in Gucci, photographed by Tom Munro. For the accompanying interview, Derek Blasberg puts Karlie in the hot seat.

The Cover: Gigi Hadid photographed by Steven Meisel. Plus, keep an eye out for a clever infographic that explains why Gigi is the world's most connected supermodel.

Also of Note: This is WSJ.'s biggest September issue ever with over 100 ad pages alone.

The Cover: Taylor Swift photographed by Mario Testino. In the accompanying interview Swift talks about her relationship with Calvin Harris and what really went down with Apple.

Also of Note: A feature celebrating the 75th anniversary of the International Best Dressed List and this year's top trendsetters.

The Cover: Emma Watson in Stella McCartney, photographed by Josh Olins. In the accompanying interview the British star talks about gender equality and her role as a Goodwill Ambassador for UN Women.