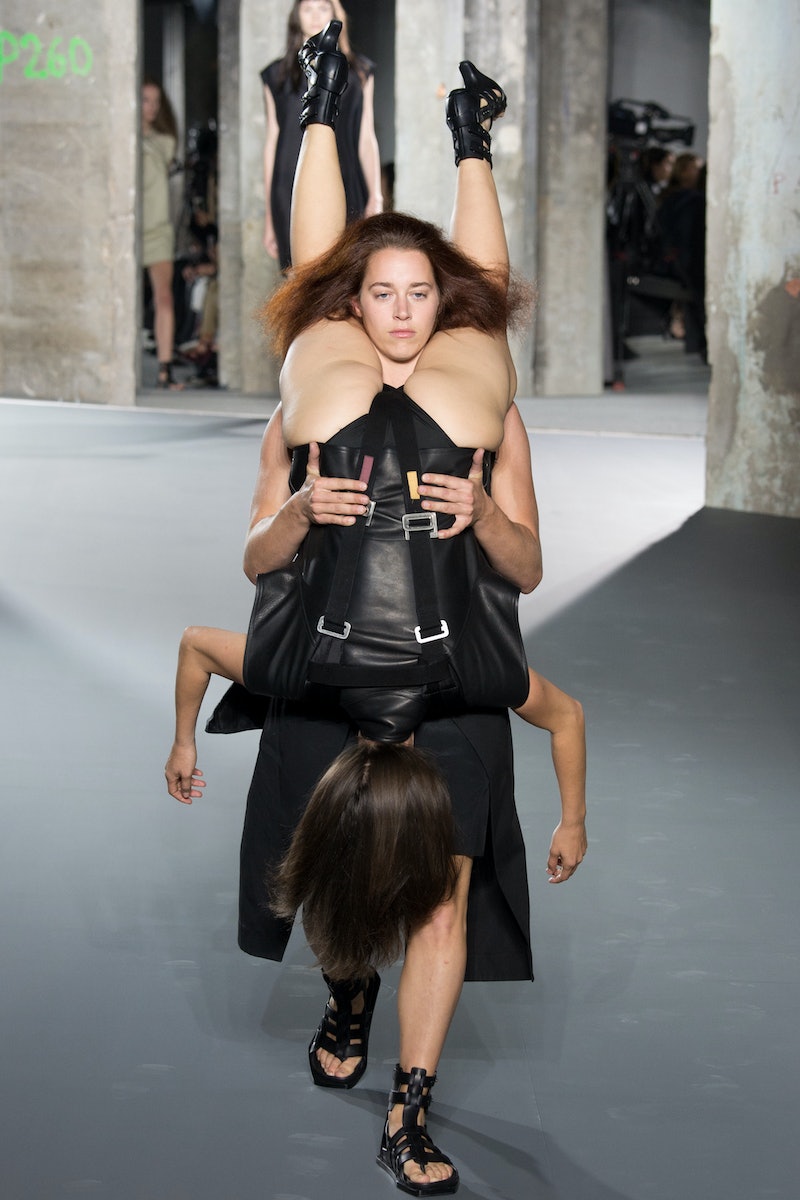 There is no disputing the widespread appeal of Zoolander—the wildly successful 2001 film with a sequel hitting theaters this weekend—but the exaggerated stereotypes and materialistic debauchery are particularly hilarious to those who work in the fashion world. Partly because the titans of this multi-billion-dollar industry are, like Mugatu, major forces to be reckoned with (see: LVMH, Anna Wintour of Vogue), but mostly because many of the ridiculous moments in the franchise could conceivably occur without the fashion crowd batting an eyelid. While industry insiders don’t necessarily walk around in pleather catsuits or struggle with the ability to turn left, they do appreciate some fanfare, particularly when runway shows are concerned. Want proof? See this roundup of recent fashion moments that felt plucked from the world of Derek Zoolander.

In a tribute to the Cubism movement, Viktor & Rolf sent models engulfed by surrealist sculptures down their Spring 2016 Couture runway.

An army of models in Anna Wintour–inspired bobs paraded the runway at this Berlin Fall 2016 show.

Face adornments were taken to another level at Plastic Tokyo's Spring 2016 show.

Seussian-inspired accessories made an appearance at Loewe's Fall 2016 show.

Backless jumpsuits on underwear-less models stole the show at Hood By Air Spring 2016.

Members of the New York City Ballet fell down on purpose and gracefully worked their way off the floor in an interpretive dance unveiling Opening Ceremony's Spring 2016 collection.

For the finale of Tommy Hilfiger's Spring 2016 show, a myriad of bikini-clad models led by Gigi Hadid waded through a pool of water in arguably the splashiest moment of NYFW.