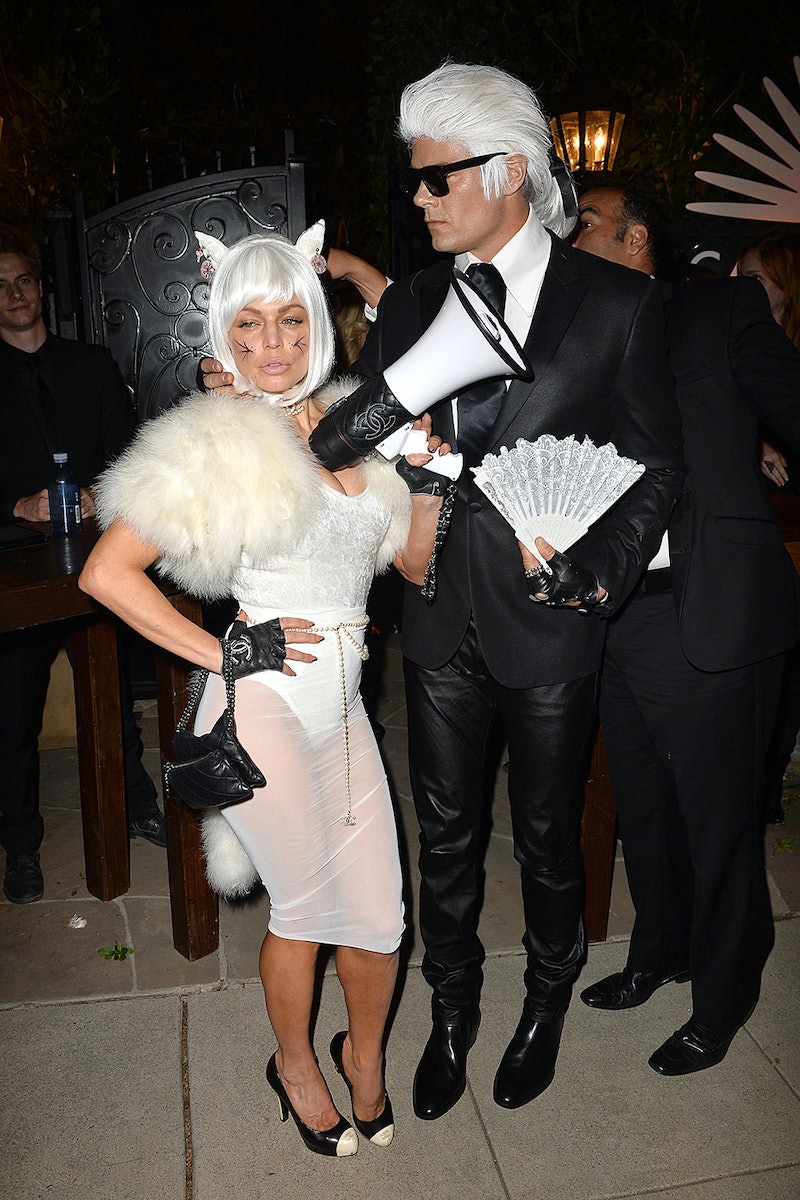 The way I see it, there are three types of people who enjoy Halloween: Children, women who enjoy dressing inappropriately and people who are great with costumes. I am none of these things. I do love candy more than most adults and I’m willing to bet a good amount of children, but trick-or treating at my age is just, well, creepy. Not that I haven’t considered it because I’m short, and I have long wondered if I could pass for a kid if I chose the right costume and—of course—wore a mask. However, the prospect of getting caught has prevented me from testing this theory. The mix of humiliation and shame would be more than I could take, even for a pillowcase full of bite-sized chocolate.

Onto the second type of Halloween lover: I am not a person who thinks putting the adjective “sexy” in front of an otherwise completely run-of-the-mill noun or occupation—like cat, nurse or construction worker—a costume makes. Let’s be honest: Pretty much anything can be made dirty with a low-cut top and some lace. And while I certainly believe in a woman embracing her sexiness, making a nurse, skeleton, princess or fill-in-the-blank-here overtly sexy for no other reason than it being October 31 feels a little boring to me. How is it 2016, and we have a woman presidential candidate, but somehow it’s still accepted—and almost expected—that a woman throw on fishnets and a garter belt in the name of “sexy maid.” Yawn.

"I am not a person who thinks putting the adjective 'sexy' in front of an otherwise completely run-of-the-mill noun or occupation a costume makes."

And finally, there is a whole slew of the general population who are seriously talented at creating innovative, out-of-the-box and just plain over-the-top costumes. Halloween is where these people shine. I am not one of these people. I do not have that talent, and my mother before me does not have that talent. I have written about this before, but she dressed me as a bride for Halloween so many times when I was little, it’s tough to tell the years apart in photos.

To be clear, I have mad respect for these talented, creative individuals. I’ll never forget the Halloween bash I went to years ago—long before social media was the juggernaut it is now—where someone was a Twitter feed. She spent most of the night in the corner by herself because the gigantic cardboard box she had constructed the feed out of made it difficult for her to maneuver around the bar, but nonetheless I was impressed with her creativity. Another one of my favorites was years ago when I saw a woman who had wrapped her entire body in a mess of blue tissue paper. She was “Tangled Up In Blue.”

I salute these people’s cleverness and recognize my own limitations. On the contrary, when I receive an invite to a costume party at any time of the year—not just October—it fills me with enormous dread and anxiety about what to wear, where to find it and how much it will cost (I can’t stand buying things I know I will wear once and reluctantly at that).

Not a complete Scrooge, I do, however, love the much-underrated day-after Halloween. Otherwise known as the day I go to my best friend’s house. She has three children, and with a little help from her, I distract them while stealing my favorite sweets from their loot. Sure, it’s a little sketchy, but I’m trying to keep their teeth healthy and my best friend’s dentist bills low. It’s really a service if you think about it. I come by this little indiscretion rightfully: My father recently admitted to me he used to sneak in my room when I was little and steal all his favorite candies from me while I peacefully slept after a big night of trick-or-treating in our Ohio neighborhood. The apple clearly didn’t fall far from the candy tree.

So there will be no big October 31st for me this year, but when everyone wakes up hungover on November 1, either from too much booze or too much sugar, I’ll be the one waking up bright-eyed and bushy-tailed, just waiting until it’s the appropriate hour to make an unannounced house visit and steal from some kids. Listen, everyone has to have a little trick in them.