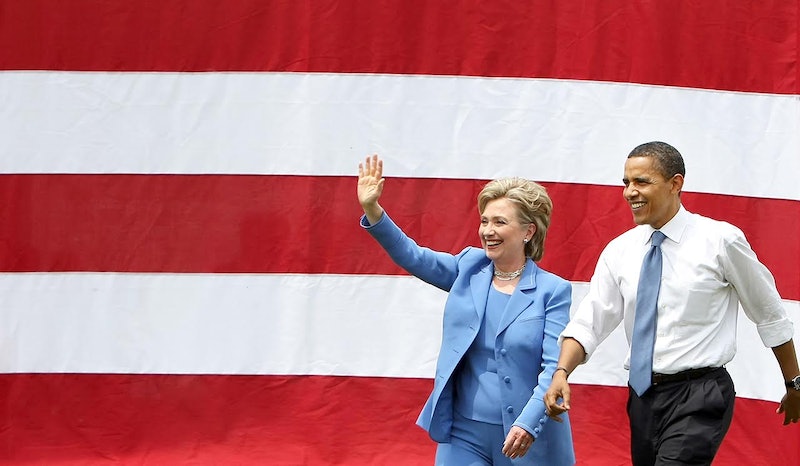 This has been a big week for women, with Hillary Clinton securing the delegates needed to claim the Democratic nomination for President of the United States. Today, Obama officially endorsed Clinton, in a video which includes the following quote: “I don’t think there’s ever been someone so qualified to hold this office.”

Senator Sanders, who had vowed to keep pushing for the nomination in the wake of the AP’s announcement that Clinton was a shoe-in, met with Obama today and afterwards told reporters: “”I look forward to meeting with (Clinton) in the near future to see how we can work together to defeat Donald Trump and to create a government which represents all of us and not just the 1%.”

Here are some of Twitter’s most notable reactions to this momentous news, which marks a major milestone in the movement towards equal treatment and perception of women in this country.