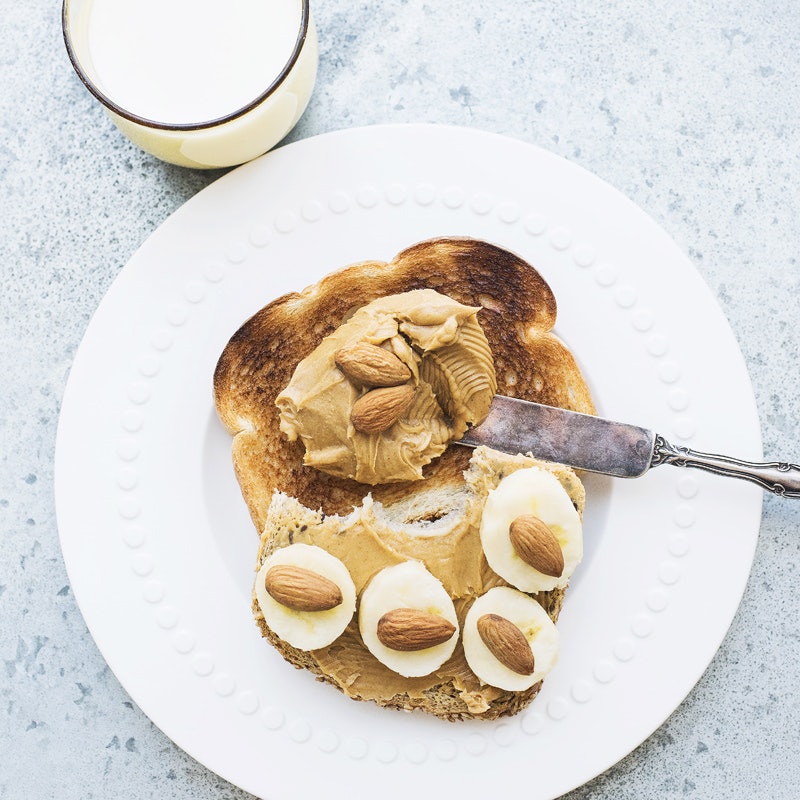 In recent years, almond butter was somehow anointed the chosen nut butter among health-conscious eaters, who smear it on their sprouted breads and gaze upon peanut butter as its low-brow relative. But the creamy almond treat is not cheap (it’s often about double the price of peanut), and when pressed, most people really can’t tell you why they’re willing to splurge. So, we asked top nutritionists and health coaches to really break down the health differences between the two nut butters we’re obsessed with most. Which is better for you—almond or peanut? Welcome to the nut butter battle…

When it comes to the big guys—carbs, protein, and fat—almond and peanut butter are like fraternal twins. “You can see a gram difference here or there, but it doesn’t really make a difference,” says Pure Nutrition founder Christian Henderson, MS, RD. A single two-tablespoon serving of either is high in calories (200) but comes with lots of protein (about 7g) and healthy fats. Some nutritionists and health coaches point to almond’s slightly higher concentration of good fats, but the difference is nominal. “Almonds have a little bit less saturated fat, but I feel a little bit silly saying that, since they’re so close,” says SPE Certified‘s senior culinary nutritionist Natalia Hancock, RD.

Within the nitty-gritty nutrients is where a difference starts to emerge between the butters. “Almond is better for vitamin E and magnesium, which are two very important micronutrients,” Henderson explains. “Vitamin E is an antioxidant, and magnesium is important for bone health and your central nervous system.” This is especially powerful since vitamin E is not found in a wide variety of foods. Almond butter also has more calcium and iron than peanut.