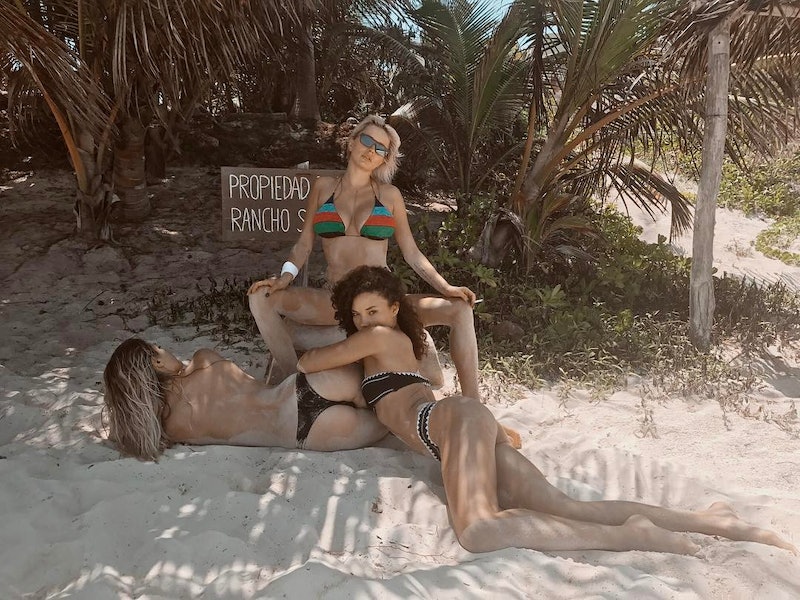 If you clicked on this story, it’s likely you grew up in a certain era, one in which “The Thong Song” was the anthem du jour. This editor remembers being on South Padre Island, spring break 1999 (yes, it was still the ’90s, when most of our colleagues were born), on the first big, parent-free outing of her teenage life. This song was everywhere, and dancing to it were a lot of drunk high school and college students doing things they would later regret and then later later not regret but rather look at as being the highlight of their lives. “The Thong Song” was the entire soundtrack to that debauchery.

If you think about it, Sisqo was really ahead of his time on this one, as butts were not yet big (literally and figuratively) back in the ’90s. It was a bellwether of sorts, though it would take at least a decade (and a few unauthorized sex tapes) for the booty, and the things like thongs which expose it, to become the celebrity it is today. We googled “Why Is The Thong Song So Good” and were unable to find an adequate explanation, but if you are able to listen to this song without squatting down, sticking your bootie out, and letting your cellulite jiggle, you are not our people.

Why, you might ask, are we choosing today, nearly twenty years after the song was released, to randomly celebrate its glory? Well, because Sisqo has done what no one asked him to do and remade “The Thong Song” for 2017. And while we aren’t sure this masterpiece needed to be reworked, we’re excessively happy it was as we had (gasp!) forgotten about this, the defining song of our youth, and feel the layers of cynicism and jadedness accumulated over the last fifteen or so years melting away as we listen to this “The Thong Song” sequel. Experience it for yourself below, and happy, happy hump day.